‘We want to see not just a building’ 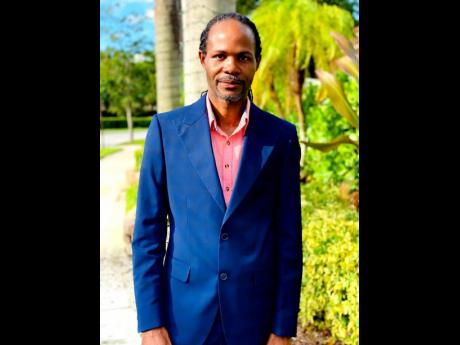 Two of the country’s most respected entertainers associations do not believe that the country needs an entertainment academy at this time. Instead, they say their skilled members want a level playing field.

The Jamaica Federation of Musicians and Affiliates Union (JFMAU) and the Entertainers of Jamaica Association (EJA) were reacting to yesterday’s announcement by Prime Minister Andrew Holness of plans for an entertainment institution to be built with money from the Tourism Enhancement Fund (TEF) on lands adjoining the Montego Bay Convention Centre.

The prime minister made the announcement during his Budget presentation.

The TEF will pump $50 million into the institution, which is aimed specifically at training young entertainers.

There have been complaints that Jamaica has been forced to import artistes, particularly from Spanish-speaking countries, owing to the preference of hoteliers.

Although appreciative of the gesture, JFMAU President Lowell Lawson, speaking on behalf of his 16 board members and the myriad of entertainers throughout the island, said they was no deficit of talent; and certainly, this was not the reason behind the importation of talent by elements of the sector.

“Give the money to the institutions. We already have to support and grow their programme,” Lawson suggested, noting that his members are trained and certified, adding that there was no need for another building.

“If the Government thinks that there is a gap in the talent required in the industry, they first need to say specifically what those gaps are; then charge Edna Manley, Alpha, etc., provide them the requisite resources to fill that gap. Anything else is a waste of resources,” he argued.

Lawson said this was not something they are supporting at this time “because our people right now are not working. We have a lot of people who are trained, professional certified and are not working.”

His counterpart, George Thomas of EJA, had similar sentiments, stating that the construction of an entertainment school is a great venture, owing to the fact the other schools are located in Kingston and the surrounding areas, but currently, a great number of his members had to find other source of income “because the entertainment industry is unable to accommodate them”.

Job unavailability as well as low or no income were compounding the situation, he said.

“As an organisation that has members with a variety of talents that are mostly now left unemployed or underemployed, the EJA asks the question of what aspect of the Jamaican entertainment industry requires training?” he asked.

Alex Foster of Showjam welcomed the idea, stating that an institution dedicated to the creatives in the west is not only immeasurable to improving the calibre of what is being produced for tourism, but also what can be offered to the international market.

“In every profession, training and experience are the bedrock of success and the creatives are no exception,” said Foster.

Lead chair of the newest addition to the city’s offerings, Arlene McKenzie of Montego Bay Creative Arts Network (MCAN), said she was elated by the announcement to locate an arts training centre in the west.

She hopes the process will be collaborative and include consultations with local artists, performers, and creatives. Experience, she says, has shown that while an arts building is a good representation and reflection of the culture and creativity of a people, it cannot stand alone without engagement with the stakeholders, networks, and all of the people who contribute their commitment dedication time and talents.

“We cannot move forward if we disregard the struggle of the community in the past to get culture on the national agenda for the west. We want to see not just a building, but efforts to support art in the cities outside of Kingston,” she noted.

MCAN has been laying a foundation with public and private partners who are concerned that authentic and sincere efforts are made to build capacity the country’s culture and heritage, while strengthening Jamaica’s unique identity.

“We are looking forward to being heard, included, respected for the multifaceted experience knowledge and skills of our membership; sustainability is the key,” says McKenzie.