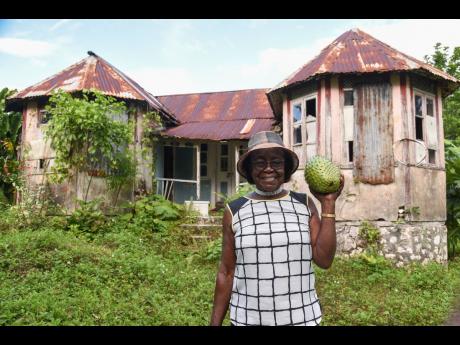 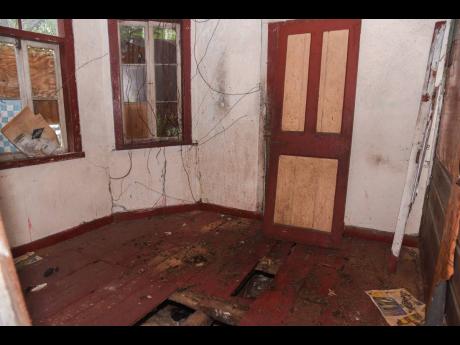 Ashley Anguin/Photographer
The room in which Millie Small and Beverly Hutchinson Shaw slept as teenagers in Welcome, Hanover. 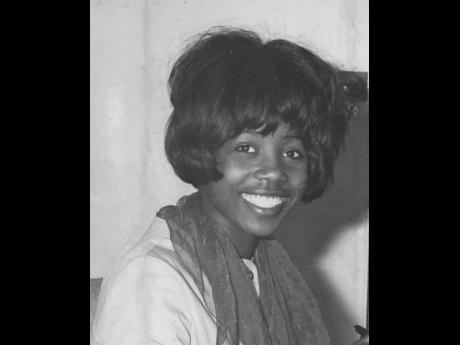 The 1951 childhood wattle-and-daub house where the late Millie Small of My Boy Lollipop fame lived at Cacoon Piece, Welcome, remains standing but abandoned by its owners.

But the rich history left by Small in the rural Hanover farming community lives on.

Small lived there between 1961 and 1963 but moved from Clarendon when she was 14 to live with her brother, Franklin Small.

It was while attending Cacoon Castle All-Age School that the woman who went on to become Jamaica’s first female internationally acclaimed pop singer was discovered during a concert by the 4-H Clubs, says Beverly Hutchinson Shaw, who shared a bed with her.

In an interview with The Gleaner, Hutchinson Shaw said Small was performing at the school’s Christmas concert and did so well she received a standing ovation.

“The organisers suggested that they would get her to America to do voice training. I don’t know if it came through because she left before that took place,” Hutchinson Shaw said.

Reminiscing on the nice, but stubborn youngster, Hutchinson Shaw said Small had the ability to achieve academically but was performing below par when she arrived in the district.

“She wasn’t going to school. That’s why her brother, my brother-in-law, Franklin took her,” said Hutchinson Shaw.

Within months, she said, Small improved considerably, owing to the time they spent swotting.

“She used to hold the book so that I could swot, and whenever I made errors, she would direct me,” Hutchinson Shaw said.

But Millie Small was not, she said, the stereotypical country girl, rejecting the notion of getting up early in morning to work on the farm or help bring the cow’s milk to the station at six o’clock.

Her only task was to prepare breakfast for the family, but she refused, said Hutchinson Shaw, because she didn’t get up out of bed.

“When we go bush and come back, she was still in bed. My father didn’t like that and spoke to the brother, but that didn’t stop her. She just lie down,” said Hutchinson Shaw.

Millie’s response to urgings to make breakfast, the family historian said, was to quip, “Mi a live life!” – with her feet resting on the table in faux royalty.

That was in line with the brashness of Small, who Hutchinson Shaw remembers as using a pressing comb to straighten her hair.

“She would cut her hair in a bang, which worked well with her small face, but at school there was a teacher who didn’t like her because she didn’t behave like a humble little schoolgirl,” Hutchinson Shaw said.

Franklin, Hutchinson Shaw said, was forced to ask her to return to her home in Clarendon when it became clear to the farming family that she wasn’t prepared to carry water or do any housework. Her departure brought some of them to tears.

Small went to Montego Bay, where she should have boarded the train back to Clarendon but ended up spending time there.

Her family was unaware that she hadn’t returned home because in those days, telephones were a rarity and it took days for telegrams and letters to arrive.

“Mr Small didn’t write and she didn’t write, but we eventually heard that she was in Montego Bay,” said Hutchinson Shaw.

Small actually got a job dancing and singing on stage in Montego Bay at a time when women who did that type of work were often labelled prostitutes.

“But Millie was no prostitute,” stated Hutchinson Shaw. “She was an entertainer.”

It was the same era in which women who wore pants and shorts were also classified as ladies of the night. And Small wore both while performing.

Another community stalwart, Denville ‘Fuzzy’ Reid, who attended the same school with Small, said the singer who placed Jamaica’s name on the world stage spent two weeks in Canterbury, St James, after leaving Cacoon. She stayed with his uncle, Gusta Hutchinson.

Looking back, he said Small was before her time compared to many girls her age in Hanover and St James.

“She did her nails regularly. Her hair had to be on form and she would oil her skin until she shone bright,” Reid told The Gleaner.

According to him, Small would sing on a sound system that her selector uncle operated in the town square, but no one ever expected the stardom she achieved.

It was producer Chris Blackwell who later discovered Small, who migrated to England years later. And the rest is history.

Small would occasionally correspond with Franklin and once she came back to Jamaica to perform at the Holiday Inn in Rose Hall, where she invited her family to join her at dinner.

“We were super proud, knowing that is somebody we knew – we slept together, we eat together – and to see where she reached,” said Hutchinson Shaw.