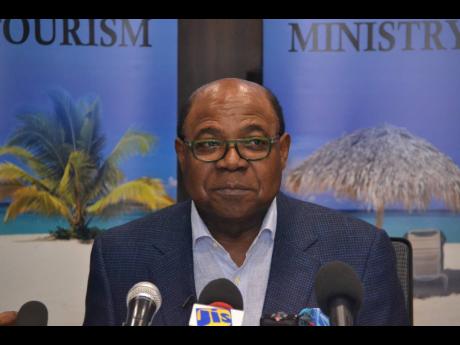 The airline, which has been flying to Jamaica for the last 45 years, launches service to the tourist resort area as of November 5, out of Miami, Florida, its gateway to Latin America and the Caribbean. Service will be operated by Envoy on Wednesdays and Saturdays.

Ocho Rios is the carrier’s third Jamaican destination, as it maintains its position as the number one airline to the island. Confident of the success of the market, American’s senior regional manager for the western Caribbean, Wellesley Joseph, told The Gleaner on Thursday that he believes Ocho Rios will be an exceptional market for the airline.

“Since we are flying everything that we can to capacity in the other destinations, we feel that there is room for growth in the Ochi market, which is the north-eastern hotel sector that we know has a lot of opportunity in Jamaica,” said Joseph.

The airline will fly an Embraer E175 aircraft twice weekly into the Ian Fleming International Airport. The aircraft has a carrying capacity of 75 passengers. Joseph said that because of how solid growth has been in Kingston and Montego Bay, American feels confident that it can tap into the north-east section of the island, which has several renowned resorts including Sandals, Couples, Moon Palace, Jamaica Inn and RIU.

American, Joseph stated during an interview from his offices in Coral Gables, Florida, has built operations in Jamaica by flying from Miami, Philadelphia, Charlotte, Dallas, New York and Chicago. “And with all of that additional flying that we’re doing into Montego Bay, our flights are still full. We’re still performing well above our expectations in Jamaica,” he revealed.

The carrier has also announced plans to commence service out of Austin, Texas, this summer into the Sangster International Airport, Montego Bay.

The news has been welcomed by Minister of Tourism Edmund Bartlett, who has tagged the move as a game-changer.

“This is a very valuable addition to the aviation needs of Jamaica, with non-stop service between the United States and our country’s third international airport. It is a great start and will encourage other airlines to fly into the Oracabessa/Ocho Rios area. It will also be a huge plus to the region and also assist greatly in boosting tourism development potential for St Mary and Portland and connecting many members of our diaspora closer to home,” Bartlett noted.

American Airlines is the world’s largest airline when measured by fleet size, scheduled passengers carried, and revenue passenger mile and is the largest mover of people in and out of Jamaica, he added.