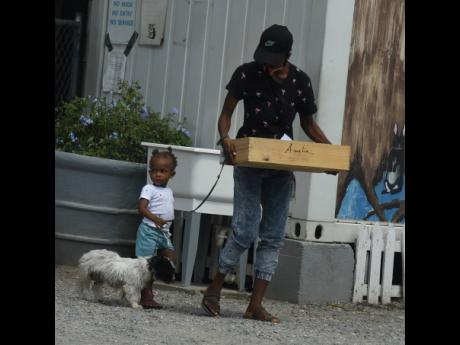 Ian Allen/Photographer
Pet owners prepare to enter the reception area of the Jamaica Society for the Prevention of Cruelty to Animals at Winchester Road on the fringes of Half-Way Tree. The veterinary facility is slated for relocation to Hope Gardens lands. 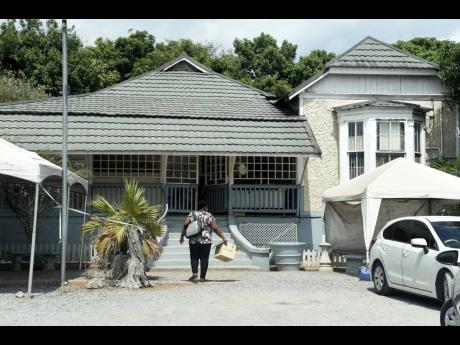 Ian Allen/Photographer
The JSPCA building on Winchester Road that has been the subject of eviction notices and court action. 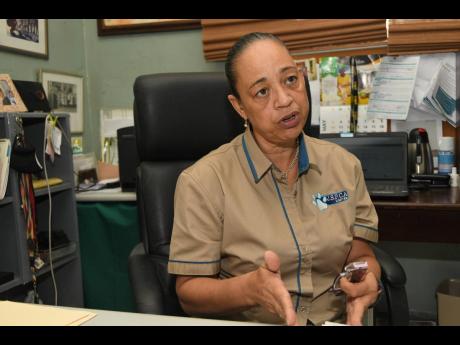 After years of battling eviction threats and desperately seeking a new home, the Jamaica Society for the Prevention of Cruelty to Animals (JSPCA) is gearing up to engage in “creative accounting” and to “beg, borrow, and plead” as it prepares to...

After years of battling eviction threats and desperately seeking a new home, the Jamaica Society for the Prevention of Cruelty to Animals (JSPCA) is gearing up to engage in “creative accounting” and to “beg, borrow, and plead” as it prepares to relocate to lands at Hope Gardens, its managing director Pamela Lawson has said.

The initial lease of the new property is for 25 years, with an option to renew for a further 24 years.

The price point of that arrangement has not been disclosed, but Dermon Spence, permanent secretary in the Ministry of Agriculture and Fisheries, has suggested that the cost would not be prohibitive.

But with no direct access, Lawson said the JSPCA has been handed a blank canvas and would have to invest from scratch, with infrastructure ranging from sewerage to the creation of a road.

“It is strictly virgin land. There is nothing except bush and trees. We would want to be as environmentally friendly as possible, and we do want to look at solar to help offset our light bill,” Lawson said in a Gleaner interview on Saturday.

“Until I get proper drawings of what we’re getting and where it is located on the land, I can’t say how I feel about it, and I do accept that all that glitters is not gold.”

In a press briefing last Wednesday, Minister without Portfolio Robert Morgan said the Cabinet had given the green light for the JSPCA to move to a section of the premises at 193 Old Hope Road.

The Veterinary Services Division, a department under the Ministry of Agriculture and Fisheries, is located at that address.

The permanent secretary views the proposed new location as favourable for linkages.

“Their home will be ideal for the continued partnership, especially with the Veterinary Services Division, as this brings greater synergy to the delivery of their services,” Spence told The Gleaner Sunday.

For more than three decades, the JSPCA has rented from the Government the property at 10 Winchester Road, near the bustling square of Half-Way Tree, the St Andrew capital.

Lawson recalled that 16 years ago, the Government gave notice and the matter reached the court because the entity, which offers veterinary services at, for the most part, below-market rates, was unable to find a property.

In 2013, the Supreme Court ordered the JSPCA to leave the premises.

The JSPCA is now mulling over the prospects of securing a mortgage. Lawson told The Gleaner that she does not have a timeline for the commencement or completion of the looming construction project.

Construction costs will be a major hurdle for the cash-strapped organisation, which employs five veterinarians as well as other staff and has monthly overheads in excess of $20 million, with utilities - electricity and water - accounting for $750,000.

Between hospitalisations and strays, the JSPCA is home to more than 200 animals, with an average of 40 being picked up by the ambulance or given up by their owners daily.

“Our drug bills are horrendous. We easily spend $1 million a week on drugs from that facility, and that’s a very small percentage of the medication we use,”

The JSPCA receives support from Purina with feed for the animals, which has a huge impact on the NGO’s bottom line as a single bag of feed costs between $6,000 and $7,000.

“We don’t get government funding. It’s been a great relief not to be paying rent. I guess once you go through the legal system in particular - even the peppercorn stopped. So in a way, that’s the Government’s way of supporting JSPCA to this point,” she said.

The managing director pointed out that another financial consideration is that construction would have to take place while operations at the Winchester Road facility continue.

Lawson explained that the entity’s survival is dependent on the centrality of its location, which is currently near to a major bus and taxi hub.

“If I do not have those who can afford to pay, it doesn’t support the work of those who cannot afford to pay. It is a scale, and it has to be balanced. Nowhere will be as accessible as Half-Way Tree,” the managing director remarked.