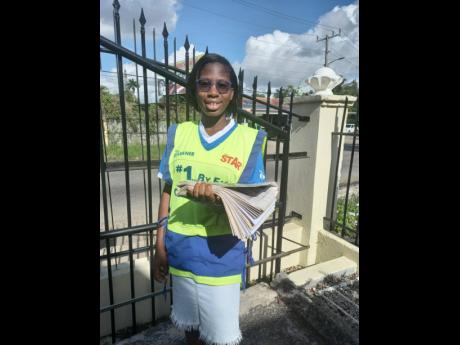 Photo by Tamara Bailey
Eighteen-year-old Justeena Rhone has been selling Sunday Gleaners every week since 2020. 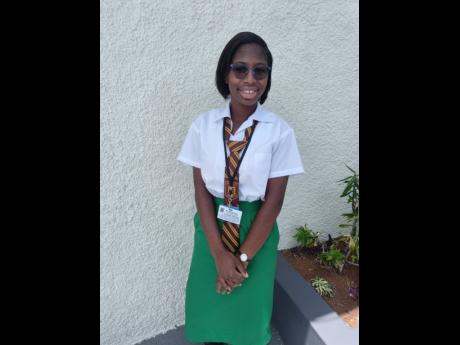 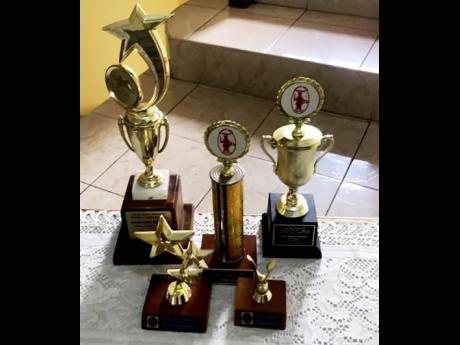 Contributed
A few of the trophies Justeena Rhone has received for academic excellence.
1
2
3

At the onset of the COVID-19 pandemic two years ago, 18-year-old Justeena Rhone grasped the opportunity to make money selling newspapers, shooting for her dream of saving towards becoming a cardiothoracic surgeon.

Every Sunday, for the past two years, the high-achieving sixth-form student at Manchester High in Mandeville has been making the rounds in the town as Gleaner vendor, earning enough, she says, to buy personal and school items and investing in her future.

The former Bishop Gibson High student said she took the plunge initially to earn some pocket money but pressed further when she realised she could offset the financial obligations of her parents, especially her mom.

That “little” job on Sundays not only generated welcome cash but has taught her fiscal responsibility, she said.

“I was nervous at first, wondering what people would say, but I gained confidence knowing this was my honest bread and I was making money legally, unlike many others,” the teenager said in a Gleaner interview.

Serious about long-term investments and being independent, Rhone said she is in the preliminary stages of pouring her earnings into the stock market. She's also exploring forex trading.

“… I will be able to have more for university so the load is easier on my parents. I am also still working hard in school to get a scholarship to make my dreams a reality … ,” Rhone said.

“Sometimes it gets tough with school and everything, and I feel like I can't do it, but I remember that there are those who are motivated by me, so I persevere.”

Though she began excelling academically at an early age, Rhone really thrived during her years at Grove Town Primary School.

That streak of excellence continued at Bishop Gibson High, where she aced numerous class, subject, and grade-level honours over several years.

But the road to the top was bumpy and the journey fraught with personal trials.

“I was once bullied because of my lips and told that there was nothing more to me than my intelligence, and I started to believe that in first and second form,” she said.

“But then I realised that there is so much more to me. I am versatile, I have great networking skills, which is why I became an ambassador for my school and represented them at a number of events.”

Having already scored ones and twos in eight Caribbean Secondary Education Certificate subjects, with straight A profiles in the sciences, Rhone is awaiting the results of the Caribbean Advanced Proficiency Examination tests she sat in grade 12.

Rhone's big ambitions aren't just for herself. It's in honour of her mom, as well as an older brother who died from sickle-cell disease.

Her brother's death has inspired her to go into research to help other sicklers.

“My mother was not able to finish Manchester High and so I want her to live out that dream through me,” she said.

A lover of physics who relishes problem solving, Rhone said that the application of critical-thinking skills will help her accomplish her life goals.

She also has aspirations of studying law.

Rhone urges young people to never to give up on their academic goals.

“If you put God first, every single thing will fall into place,” the 18-year-old said.

“People may ask why I want to do so much or if I can, but anything that is not helping you to realise your dreams is just noise. Don't listen to it.”

How to make a donation