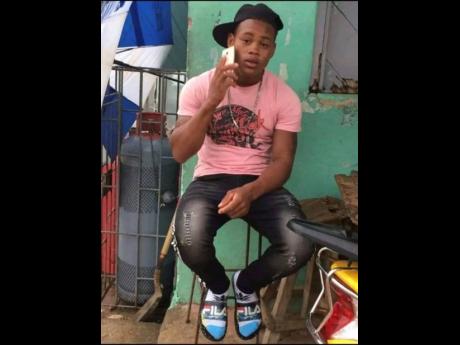 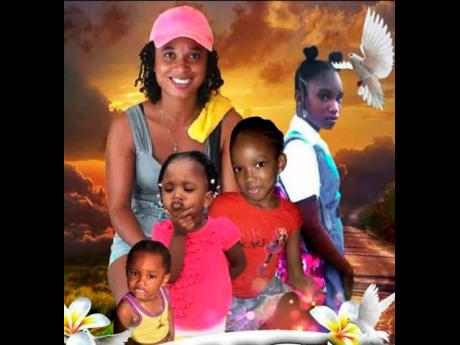 Contributed
The Cocoa Piece five who were slaughtered by Rushane Barnett, their cousin.
1
2

The death penalty, which was being sought for the man guilty of the Clarendon massacre of a woman and her four children, may no longer be on the table.

That is despite Rushane Barnett, the 23-year-old who pleaded guilty Thursday, having inflicted a total of 95 knife wounds on his cousins, who were all found with their throats slashed.

The mother, who Barnett claimed had disrespected him in front of her customer, sparking the deadly attack, received the brunt of the injuries with 48 incised wounds.

It was also disclosed Thursday that one of Barnett's cousins had overheard him on the night of the bloodbath, saying, “Mi go warn mi brother out a Chapelton say mi a go kill some people tonight, so him fi look out a him eye.”

When the case was called up in the Home Circuit Court, Barnett, who appeared ruffled, pleaded guilty to five counts of murder and was remanded for sentencing on September 22.

Director of Public Prosecutions (DPP) Paula Llewellyn had indicated on June 28, when Barnett first appeared in court, that the prosecution was seeking the death penalty and had served notice on the offender.

However, during Thursday's hearing, Senior Deputy DPP Jeremy Taylor said: “I am assuming now that he has pleaded guilty that the automatic discount is that the death penalty is taken off the table.”

Under the Criminal Justice Administration Act, an offender is entitled to a discount once he pleads guilty at the first relevant court date. But the court will hear whether the DPP will still be pursuing the death penalty when the Crown makes its submission on the next court date.

In the meantime, in the facts that were outlined by Deputy DPP Andrea Martin-Swaby, Barnett, in his caution statement, explained what caused the rift between him and Wright, giving chilling details of how he committed the murders.

The killer said that one night before the attack, he was at Wright's shop when two men ordered items and he served them.

However, Barnett said that Wright, on seeing him, grabbed the money he had collected and told him not to serve any of her customers. He also claimed that he felt disrespected after she splashed water in his face in front of the men.

According to him, he noticed that Wright's attitude towards him changed after the incident and her children started distancing themselves from him.

On June 21, between midnight and 1 a.m., Barnett said Wright told him to close the gate. He, in turn, told her that he heard a vehicle at the gate.

He said she checked and told him that she did not see anything.

After exchanging glances, Barnett said Wright then reached for something on her dresser, which he suspected to be a knife or scissors. He admitted, though, that he did not have sight of the object.

Consequently, he said he reached for a knife in his possession and stabbed Wright, causing her to drop the children she was holding.

He then admitted to moving towards and stabbing two children who had started throwing things off the dresser at him.

Barnett said he spotted the older child in her room reaching for a pair of scissors and he rushed at her. She fell and he stabbed her, too.

“When everybody was dead, he charged off and threw the shorts and the knife over the side of where an ackee tree was located,” the prosecutor read.

The court heard that the relative, who had seen him in the same shorts and with the knife before the killing, identified the bloodied items after the killings.

Based on the post-mortem report, the victims died as a result of haemorrhage, shock, and multiple sharp-force injuries and throat injury.

In the meantime, Barnett's lawyer, Tamika Harris, told the court that she wants to have further discussions with the forensic psychiatrist about how the sentencing will affect his health. She, however, agreed with Justice Leighton Pusey that she accepted that he was fit to plead.

Meanwhile, Justice Pusey ordered a social-enquiry report and that the court and the defence be served with copies of the victim's impact statement on or before September 19.