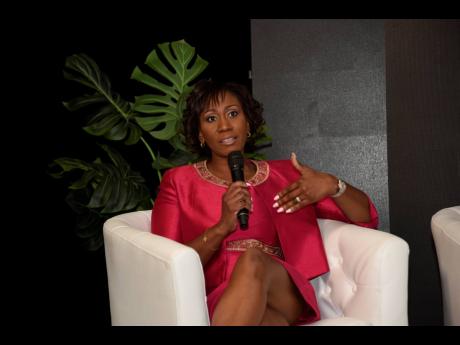 National rapporteur on trafficking in persons, Diahann Gordon Harrison, has asserted that though gains have been made, more needs to be done in the fight against human trafficking.

Fifty per cent of detected victims were trafficked for sexual exploitation and 38 per cent were exploited for forced labour.

She said female victims continue to be the primary targets and women make up 46 per cent and girls 19 per cent of all victims of trafficking.

“Globally, one in every three victims detected is a child. The share of children among detected trafficking victims has tripled, while the share of boys has increased five times over the last 15 years,” she said.

Gordon Harrison said the phenomenon strips people of their dignity through demeaning and oppressive forms of exploitation and scars its victims in ways that sometimes remain “indescribable and unfathomable”.

World Day Against Trafficking in Persons 2022 is being commemorated on July 30 under the theme ‘Use and Abuse of Technology’. This year’s theme focuses on the role of technology as a tool that can both enable and impede human trafficking.

“Inasmuch as anti-trafficking stakeholders are embracing the use of technology in investigations and surveillance, and the advancement of prosecutions, simultaneously traffickers are harnessing the benefits that technology offers them to scout out unsuspecting victims online, to create relationships that groom them in preparation for their trafficking ordeal and to amass profits through digital currencies and online platforms which make it a little easier for them to remain undetected and uninterrupted in their misdeeds,” said Gordon Harrison, who is also Jamaica’s children’s advocate.

She added that the COVID-19 pandemic has intensified those realities and opportunities as many people are seeking greener pastures and, therefore, become more vulnerable.