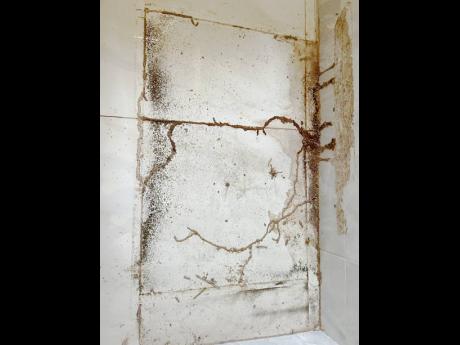 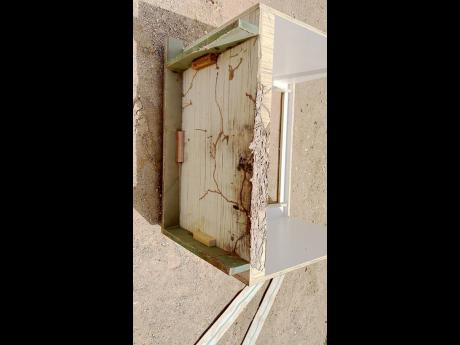 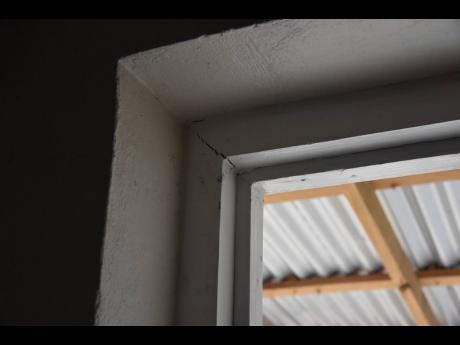 Nicholas Nunes/Photographer
Homeowners at Twickenham Glades, St Catherine, are furious as cracks are already appearing in door frames and walls, ceilings have begun to bulge, and tiles and vanity units are falling from the walls. 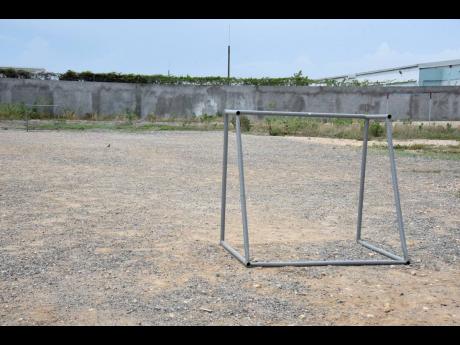 Nicholas Nunes/Photographer
A playground at Twickenham Glades is yet to be completed. 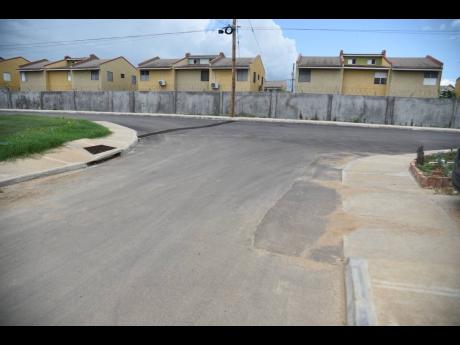 Nicholas Nunes/Photographer
The drainage system of Twickenham Glades is inadequate, say residents, causing water to overflow from Twickenham Boulevard on to Prairie Close.
1
2
3
4
5

Less than a year after moving into National Housing Trust (NHT)-constructed units at Twickenham Glades in St Catherine, residents say that the $14-million structures are falling apart. The Housing Trust presented the keys of 110 two-bedroom,...

Less than a year after moving into National Housing Trust (NHT)-constructed units at Twickenham Glades in St Catherine, residents say that the $14-million structures are falling apart.

The Housing Trust presented the keys of 110 two-bedroom, single-storey duplex houses to residents in December, but the new homeowners were left fuming after discovering defects which, they say, have not been addressed by the state agency even after months of complaints.

The challenges reportedly include underground leaks that have resulted in hefty water bills for some residents, roof leaks, swellings, indentations, and strips, flooded homes, and streets during heavy rainfall, wall and window cracks, defective doors, including front, back cupboard, and closet, and termite infestation.

The NHT said that it needed more time to “accurately and effectively” respond to queries from The Gleaner when contacted on Monday.

Questions raised included whether the housing agency was aware of the issues, whether it had responded to the complaints, and if not a timeline for addressing what was identified.

In a Gleaner interview on Monday, resident Patrick Lindsay said that he was forced to carry out emergency repairs on his new house after discovering that a section had been infested with termites.

He said that repeated requests for compensation from the agency have been ignored.

Lindsay said that residents had received certificates that the premises were treated and would last for five years. He hasn’t been in the house for one year yet.

“They tell you to send email and sometimes all three to four weeks or over a month, and nobody responds to you,” said Lindsay, who has reportedly had to redo his bathroom because of the infestation.

“Persons have been having issues; whole heap of faulty things in the house like cupboard door a drop off and closet doors falling off. It’s just some shoddy work, and it is so unfair to us because persons are behaving as if they are doing you a favour,” he added.

He said that the NHT has also failed to honour commitments for repair works by not assigning a team to conduct repairs despite setting appointments to do so.

Lindsay said several residents have, in the past, taken time from work to facilitate workmen who fail to show up.

“You sit down at your yard and nobody nuh turn up and not even communication. It is a sad situation, and I’m very much disappointed. Substandard work was carried out and persons believe as a homeowner, you must sit down and accept it,” he charged.

Another resident who gave her name as Miss Williams said she remains in constant fear of flood damage, noting that she has had to leave piles of towels by her front and back doors whenever she leaves home.

The woman said heavy rainfall results in water seeping under both.

“The house is flat and there is nothing to take the water off it. It is common among us all in here. It’s not just one house,” Williams fumed.

A third resident who did not want to be identified by name said two neighbours received water bills for $400,000 and $60,000, respectively, because of underground leaks.

The entire flooring had to be dug up to find the leaks, the woman, who identified herself only as Miss K, said. She reported rallying her immediate neighbour to stand up to the NHT, forcing them on to the back foot and to pay the bill.

“It is just chaotic over here. The first time it rained my whole road flood. We brought it to their attention since December and nobody look. Persons are setting buckets to catch water from roof leaks and these are new houses,” said Miss K.

“Tiles are cracking up. I have a swelling across the roof and they said that they were going to send somebody. I am still waiting. I have had it with them!”

Speaking at the handover ceremony in December, Prime Minister Andrew Holness said that the housing scheme is a demonstration of the NHT’s fulfilment of its mission of building housing for Jamaicans.

He said that Twickenham Glades was “tastefully done” and turned over to beneficiaries who included public-sector workers, persons with disabilities, and others aged 19-35.