Molly alarm as youth drug use under scrutiny 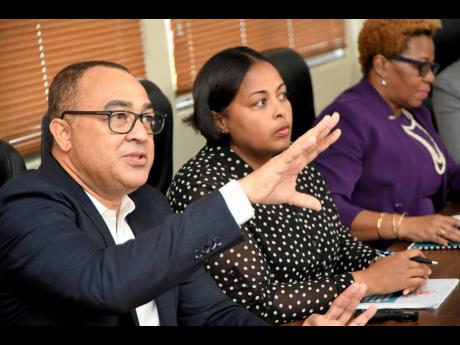 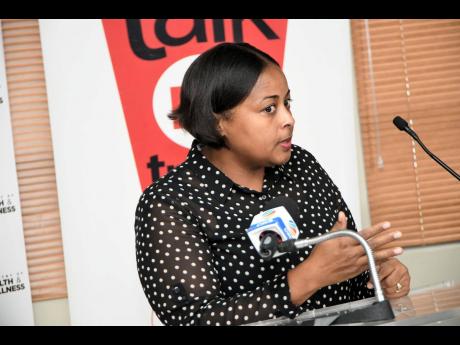 Rudolph Brown/Photographer
Uki Atkinson, research analyst at the National Council on Drug Abuse, addresses journalists at a press conference on drug use among school-age children.
1
2

More Jamaican teenagers are dabbling in dangerous drugs such as Molly and edibles and engaging in vaping but are unaware of the grave risks.

A risk assessment study carried out by the National Council on Drug Abuse in May in 13 parishes and high schools among 160 students in grades eight to 10 found that Molly, vaping and edibles were among the top three sources of abuse among teenagers.

“It basically gives you power and it’s like you fear nothing, and anything comes to your mind, you just do it and don’t fear and you don’t hold back,” one of the students said of Molly.

Another said: “It is just a sex drug. That is what I know it is. People just like having sex on Molly, it makes you have good vibes.”

Yet another student described vaping as relatively harmless.

Research analyst at the council, Uki Atkinson, who shared the findings during a press conference on Thursday at the Ministry of Health & Wellness highlighted that many of the students were unaware of the dangers of the drugs to which they had easy access.

“We have a major problem in terms of access, exposure risk perception. All of these things are impacting our young people and we really want to make the point that drug use is not just the be-all and end-all. Sometimes it’s just the symptoms of deeper things that are going on among our adolescents,” Atkinson said.

She underscored that while Molly is not a new party drug in the island, it has gained popularity among teenagers mainly because of its glorification in dancehall music.

“It is felt to be a drug that is useful for sexual activity, so what some students say is that when they take the Molly, they get on freaky, and Molly is for woman and Ecstasy is for men,” said the researcher.

But that observation, she said, revealed the stark ignorance among many youth who are unaware that Molly and Ecstasy are essentially the same thing.

“They feel that it is just a feel-good fun drug and the fact that it can have a serious impact on their health is not widely known,” Atkinson told journalists.

The impact of edibles was wide, she said, a concern that is complicated because of uncertainty about the amount of cannabis infused.

“You can never know what you are getting,” she said. “A number of them gave personal accounts of their own use of edibles and some of them spoke of adolescents who ended up in hospitals because of acute reactions that they had to edibles.”

Responding to the assessment, Health Minister Dr Christopher Tufton said Jamaicans were witnessing the normalisation of drug use, especially among young people.

This is symptomatic of a public health threat, warranting for us an important response to gather more information and response in terms policy address,” the minister said.

Tufton said that the ministry was financing a $16-million National Drug Prevalence Survey as part of efforts to assess the use of new and emergent psychoactive substances, including Molly, among children and adolescents.