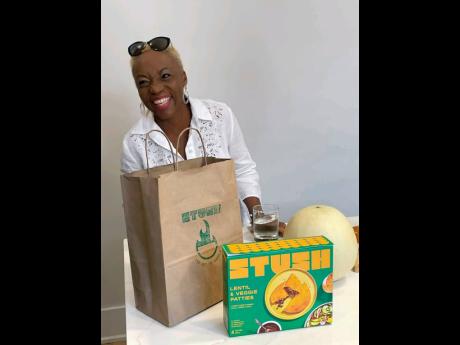 Contributed
Jamaican Opal Rowe, owner of the Toronto-based Stush patty, which is now in 80 locations across Ontario. 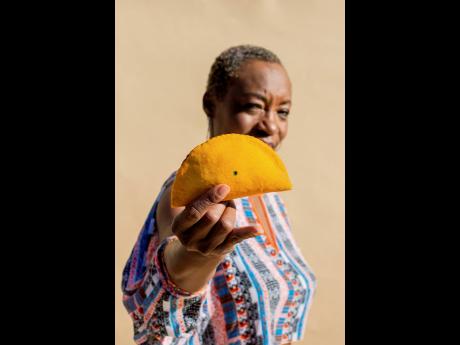 WESTERN BUREAU: The Jamaican patty is an iconic snack but often does not receive premium treatment like other cultural nibbles. A Jamaican woman has single-handedly embarked on the journey of taking the patty to the next level, launching what she...

The Jamaican patty is an iconic snack but often does not receive premium treatment like other cultural nibbles.

A Jamaican woman has single-handedly embarked on the journey of taking the patty to the next level, launching what she has tagged ‘Stush’ patties in Ontario, Canada.

Opal Rowe, a Wolmerian from Kingston, has quickly captured the gourmet market, with her patties now in more than 80 locations in Canada.

Stush, a Jamaican word meaning ‘proper’, is exactly how Rowe is viewed by her friends.

“Being single, I have always been in for convenient meals. I don’t cook dinner most evenings. And so it’s not unusual for me to have patties occasionally for dinner, and with dinner, I almost always have an alcoholic beverage, usually wine,” she said in a Gleaner interview.

During one of her craves one night, she decided to make her own patty. And the rest, as they say, is history.

Rowe, who studied tourism management and has lived in England, The Bahamas, and Canada, became obsessed with finding good patties. A search for gourmet patties across Jamaica and Canada turned up empty.

“Accepting that foods have evolved, I decided it shouldn’t be so difficult to find good patties. I go to parties, I see spring rolls, I see tapas, I never see patties, especially these days, and I have never seen patties at a formal function or a wedding or staff event,” she said, as her obsession grew.

Other street foods have evolved, she argues, but the patty has remained the same, except for variety in its fillings.

She could cook, but never did pastries, never owned a rolling pin nor a mixing bowl. Her only challenge was learning about pastry.

“So I started reading up, teaching myself, learning about it. I didn’t just want to look for recipes on the Internet. I wanted good patties, the way other people wanted it,” she said.

Rowe learned how to make vegan patties before branching out into real meat.

Stush patty was born and officially launched in 2021 in the heights of COVID-19.

Rowe said she started out making deliveries in Toronto, but expanded her horizons after consumers would drive two hours to meet her to pick up patties.

“People were texting me at one o’clock in the morning. After doing this for around 10 months, of course, I knew it was not sustainable,” she said.

Stush patties were retail-ready by June 2021, with the first pop-up at a food truck this February.

“Today we are in around 80 locations across Ontario. No major grocery store or anything like that. The likes of a Sovereign, also sold in pubs. In fact, quite a few pubs carry Stush patties and a few cafes,” she said.

Stush patties are available in beef, jerk chicken, a celebration of the Jamaican jerk, with two vegan options, a lentil, as well as vegan jerk chicken.

The in-demand snack retails for between CDN$4 and CDN$6.