Being Queen was a ‘whole lot of work’, says last Jamaican aide 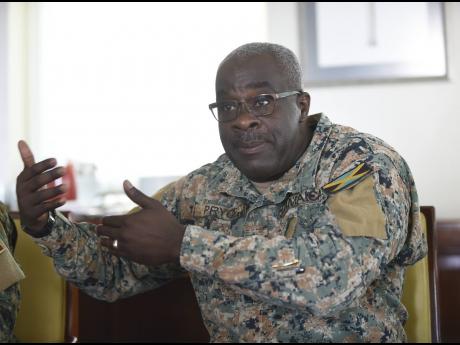 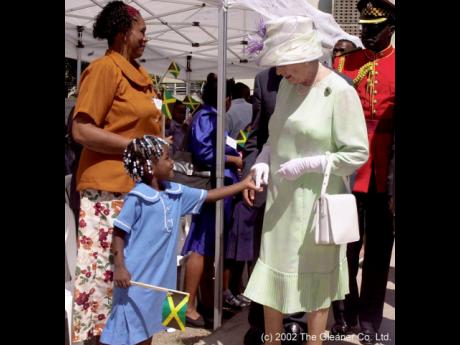 File
A schoolgirl touches the hand of Queen Elizabeth II on her 2002 visit to Jamaica.
1
2

WESTERN BUREAU: The last Jamaican equerry, or aide, to Queen Elizabeth II while she visited Jamaica, describes her as an excellent conversationalist who was very knowledgeable about military protocols and parades. “She would know what to do at the...

The last Jamaican equerry, or aide, to Queen Elizabeth II while she visited Jamaica, describes her as an excellent conversationalist who was very knowledgeable about military protocols and parades.

“She would know what to do at the parades. At what point in the proceedings and she needed not to be told,” retired Jamaica Defence Force Colonel Daniel Pryce, who worked alongside The Queen in 2002, told The Gleaner Thursday evening shortly after her death.

It was pretty much like second nature for The Queen to get people to relax around her, the retired colonel said.

“Persons meeting Her Majesty for the first time would become nervous, or fearful, with a little trepidation, but she knew exactly how to get them relaxed, get them to talk,” said Pryce, who spent between three to five days giving advice on the local situation and attending to her personal needs recollected.

Pryce said that he suspects she would have been well briefed and handled herself with grace and majesty.

Before The Queen’s arrival in Jamaica, he was sent to be trained for 12 days in the UK, where he resided at Buckingham Palace, attending functions with The Queen, just to get a feel of how she operated.

When he returned to Jamaica, he was fully equipped to take on the role, similar to a military officer from the British army who was usually assigned to Her Majesty.

He explained that once she was visiting one of her territories, there was no need for her to take her personal equerry to that country, particularly when there is a standing military.

The Queen died at age 96, leaving the throne to her son, Charles III.

Reminiscing on the royal, Pryce recalls that she had excellent memory as well.

During her last visit, there was a power cut at King’s House during dinner, and the aide-de-camp (ADC), he said, was scurrying up and down to get things sorted out.

“During a subsequent visit by the ADC to the UK with His Excellency, she reminded him about it. And this was a couple years later,” Pryce said.

The retired colonel remembers The Queen as humane, personable, and a woman who took her responsibilities seriously.

“I was amazed at the level of work that was done in terms of her official capacity. She has a whole lot of work,” he said.

Pryce believes that The Queen brought steadiness to her office.

“She executed that role with dignity,” said the retired colonel, a 38-year JDF veteran who was inducted into the Royal Victorian Order (MVO) by The Queen herself.

He was honoured at the end of her visit, and that was the first and last time she called him by his first name.

“At the foot of the steps when she was about to alight the aircraft, she said, ‘Thank you very much, Daniel,” he recalled.

Other Jamaicans recognised with the MVO honour include Captain Sydney Innis, who now works at the Port Authority, and Jeffrey Madden, once a secretary with the governor general.

Now the director general at the Island Traffic Authority and the Ministry of Transport, Pryce said he only heard of The Queen’s illness Wednesday and was shocked by her death a day later.

The preparatory trip to the UK, he said, will be one of his most unforgettable experiences.