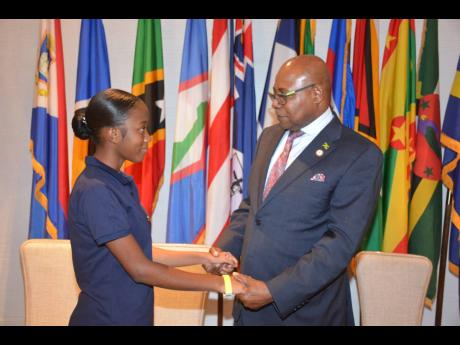 Superseding all growth figures for any city in the English-speaking Caribbean, Montego Bay, Jamaica’s tourism capital, is enjoying a 23 per cent increase in stopover arrivals in 2022.

The western Jamaica city has contributed significantly to the island experiencing its best summer arrivals in the history, Tourism Minister Edmund Bartlett said.

July’s numbers were boosted by music festival Reggae Sumfest. This July accounted for a 10 per cent increase over the similar period in 2019.

“So for the first time, we have seen arrivals in a single month exceed that of 2019. We also are projecting a return to pre-COVID stopover arrival figures by 2023, which, of course, is music to our eyes,” Bartlett stated.

The original prediction was for full recovery by 2024.

This summer produced more than 5,000 additional visitors for a new record, Bartlett said.

Montego Bay’s standing comes months after being ranked by Travel Outlook report as the city with the highest level of recovery in 2022.

The United States, the region’s largest source market, has been credited for the buoyancy, having continued to provide the lion’s share of arrivals. Seventy-five per cent of visitors to the island are from that North American gateway.

“And they are coming primarily from the Northeastern Seaboard,” Bartlett said.

Admitting that he was emotional about his next statement, the Jamaican tourism minister said had it not been for the bullish American market, the region would have gone bankrupt.

The minister said that arnings are expected to hit US$4.2 billion at the end of 2023, with the country targeting five million visitors and US$5 billion by 2025.

Average daily rate for Jamaica increased by 18 per cent this year – from US$152 per person to US$180.

“We’re expecting that that will grow and when we get to $200 that’s the sweet spot,” he said.