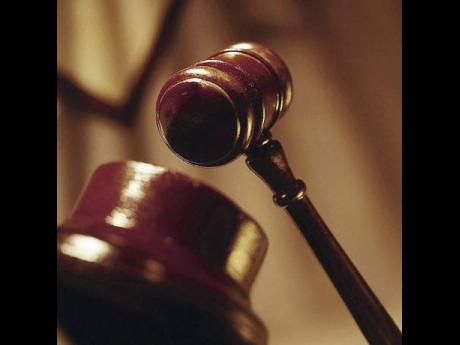 The 34-year-old man who was convicted for the gruesome 2019 murder of a Negril businessman and his Italian wife yesterday angrily chastised the judge, labelling him as “bias” and “poppy show” before he was slapped with two life sentences. “You a...

The 34-year-old man who was convicted for the gruesome 2019 murder of a Negril businessman and his Italian wife yesterday angrily chastised the judge, labelling him as “bias” and “poppy show” before he was slapped with two life sentences.

“You a yap, yap like you a parrot” and “ You a ongle judge fi you chair” the incensed murderer convict, who will have to serve 27 years in prison before being eligible for parole, told the judge.

Standing restlessly in the dock dressed in a printed red shirt and black pants, he directed his fury at Justice Courtney Daye during his sentencing hearing in the Home Circuit Court.

Levy was found guilty of murder and manslaughter on September 2 in the Westmoreland Home Circuit Court in relation to the killing of Osbourne Richards, 49, and his 45-year-old wife, Patrizia.

The couple was hog-tied and shot multiple times during a robbery on November 29 at their West End home.

Levy, who was later found with some of the stolen items, was arrested and charged.

But Levy got upset during the proceedings yesterday, claiming he was given a “kangaroo trial” and that the evidence was fabricated.

He became heated after the judge pointed out that although he had confessed in a statement that he was present during the robbery, he gave the impression that all he did was watched, while claiming in a further statement that he only went inside after the incident to remove items from the home.

This, however, did not sit well with Levy.

The judge however told him that he was not going to frustrate the sentencing.

“Only talk alone you caa talk. You a waa prejudice judge. You bias. A yuh mek man deh yah.

“You a waa big prejudice judge, mi know mi naa get nuh sorry fa from yuh,” Levy said as he paced angrily back and forth in the dock.

The judge, in reply, told Levy that when he was finished, he would continue. But the convict carried on.

Justice Day then told Levy, who had three previous convictions, that what he was facing was the death penalty or life in prison, but that the prosecution had not asked for the death penalty

“Still naa mek you better. You still affi dead like everybody,” he added.

The judge then advised him that in relation to the murder of the husband, he was going to sentence him to life in prison and that the starting point for parole eligibility would be 35 years.

He, however, told him that he would take into account that he was not the principal offender and shave off five years as well as the three years for time spent in custody. As such, he would be eligible after serving 27 years.

“By dem time deh, you gone under the earth. Your day a go come to,” Levy replied.

In respect to the manslaughter charge, the judge told him that he would similarly be sentenced to life in prison, but that he would recommend that he serve 25 years before being eligible for parole.

Levy continued his antics. However, the judge, who was not moved, told him that he was behaving rather unusually, but that he was not going to change the provision.

At that point, Levy started to jeer the judge, saying, “Mek sure you live forever. You a waa big waste bwoy.”

After handing down the sentence, the judge instructed the police to immediately remove Levy from the court.

In his parting shot, the convict said: “ You still weak same way. You see how you walk weak like you want lamp oil.”