‘I just wanted the trial to be over’ 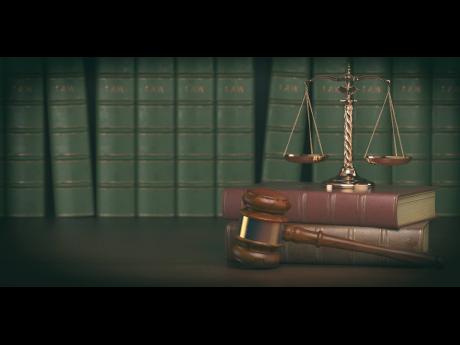 Despite showing no remorse for raping a nine-year-old girl, who he strangled while buggering, the mother of the child says she has forgiven the cold-hearted, young killer.

The now-17-year-old convict was 13 when he committed the brutish and disturbing act in June 2018.

The teenager, who was found guilty on July 1 of murder, rape and buggery after a trial in the Westmoreland Circuit Court, was yesterday sentenced to life in prison on the capital offence and was ordered to serve 23 years and nine months in prison before becoming eligible for parole.

He was also sentenced to 18 years in prison for the rape and 10 years for buggery.

Justice Courtney Daye, in handing down the sentence in the Home Circuit Court in Kingston, ordered that they are to run concurrently.

The judge also accepted a recommendation for him to receive additional counselling and psychotheraphy.

The teenager, who sat in court on Friday with his hands clasped in his lap and his face void of emotions, has maintained his innocence, even after his conviction, telling a probation officer that the girl was killed by one of two men who surprised them in bushes.

He claimed the men raped the nine-year-old then compelled him at gunpoint to have sex with her before one of the men placed his hands around her neck until her feet stopped moving.

But the victim’s mother, when asked following the sentencing if she had forgiven the teenager, did not think twice before answering “yes,” emphatically.

At the same time, the woman, who was in tears earlier during the hearing, noted that she could not process much of what was happening then.

“I wasn’t even thinking. I was just in sorrow,” she said.

“I just wanted it to be over ‘cause mi just tired a it,” her husband, who had tears in his eyes, said as his voice cracked with emotions. “As mi say before, if you do something that horrible, you supposed to get the time weh you deserve fi get, regardless of your age.”

Both parents said they were pleased with the sentence, even though it will not bring back their beloved child.

The victim’s uncle was of the view that justice was not served, however.

“If it was in the days of Moses, it would be an eye for an eye and a tooth for a tooth. Now that would have been justice.

“It would be justice in the sense they would have to bury someone and feel what it is like to lose someone to the grave. They don’t have that feeling. We do. We know what it’s like. We have been suffering for over four years and still suffering and it’s something that is not going to erase from our mind any time soon,” he said.

But quickly acknowledging that he is now living in a different era where there is a justice system in place to deal with such a situation, the uncle said he accepted the sentence.

Earlier during the proceedings, Director of Public Prosecutions (DPP) Paula Llewellyn, in rehashing the grisly details surrounding the girl’s tragic end, shared that the injuries to the nine-year-old’s anus were worse than those to her vagina.

Llewellyn also noted that the girl’s father had collapsed when he discovered her body in bushes after she did not return home from school.

Meanwhile, Justice Daye, who described the killing as “ horrific” and “disturbing”, noted that he opted to start at 25 years, rather than the 18 that was suggested by the DPP, because of the “gravity “ of the offences, the age of the victim and the disaffectedness of the killer.

“Your conduct is a worrying aspect, not only your conduct then at the time of the search, but your conduct still because the psychologist says you display an unsual ... you talk about this thing in detail, but you show no sympathy toward what has happened, so you have a deep problem and you have to get some extra years because of that,” the judge said to the convict. “No empathy at all towards the victim or the family.”