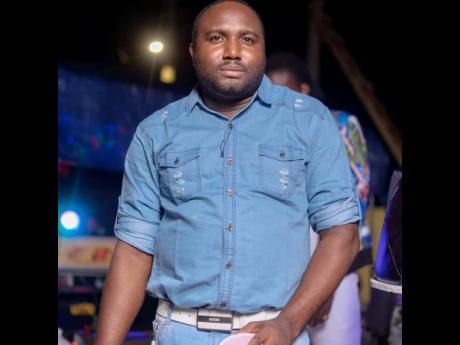 Contributed
Leon ‘Leegates’ McNeil, the blogger who was killed on the weekend.

The Clarendon police are investigating whether the murder of popular Clarendon blogger Leon ‘Leegates’ McNeil, who was killed in Hayes in the parish, is linked to a double murder in the neighbouring Portland Cottage community hours earlier on...

The Clarendon police are investigating whether the murder of popular Clarendon blogger Leon ‘Leegates’ McNeil, who was killed in Hayes in the parish, is linked to a double murder in the neighbouring Portland Cottage community hours earlier on Saturday.

A man who was also shot and injured alongside McNeil is reportedly from the Portland Cottage community.

The police are also scouting for clues in McNeil’s alleged involvement in lottery scamming and drug-related activities. They say he had a chequered past, having been convicted on drug charges in 2016.

Hayes has been described by the police as a hotspot on their radar and is reputedly a safe haven for criminals who thrive on the drugs-for-guns trade and other illicit activities.

McNeil, 36, founder of Leegates TV and Entertainment, had expressed grave concerns about Jamaica’s homicide rate in a live Facebook video and referenced the Portland Cottage double murder five hours before his death.

In the live video, McNeil had informed his viewers that he was on his way to the scene of the murders and also showed video footage of a car with the bodies of the victims still inside. After giving alleged reports on the incident, the blogger added that he would be getting “further information” for his viewers and subscribers.

In the first incident, 39-year-old Derrick Matthews, otherwise called Red Fox, a taxi operator of Wildman Town in Portland Cottage, and 47-year-old Michael Newland of Lionel Town, also in the parish, were gunned down.

Reports from the Lionel Town police say that about 4:10 p.m., Matthews was transporting Newland and other residents when he pulled over to let a passenger off along the Portland Cottage main road. It is alleged that the same passenger then brandished a firearm and opened gunfire at the vehicle before fleeing the scene.

Matthews and Newland, who had sustained multiple gunshot wounds, were pronounced dead at hospital.

McNeil was later gunned down at a party in Hayes - an event which he had announced he would be attending during his live stream.

Reports from the Hayes police are that about 8:55 p.m., McNeil was approached by a group of men, who opened fire at him. The police were alerted and found McNeil and another patron suffering with gunshot wounds. McNeil succumbed to his injuries at hospital while the other man was admitted in critical condition.

“Why so much murders? Why so much shootings? Why so much crime? Mi have to ask the question,” said McNeil in the first minute of the approximately 21-minute-long video posted to his Facebook page, Leegates TV. The video began streaming some time after 4:30 p.m. when McNeil aired his grouse over the double murder, which occurred at 4:10 p.m., according to the police.

McNeil had also described the spate of crime in the country as heartbreaking, adding: “We need God. Mi a wonder if nobody no fear God again.” The blogger then implored his viewers to “be careful” and remain vigilant.

“People, mi a ask unnu, please, unnu just be careful out there because a whole heap a tings a go on an’ a whole heap a people involve in a some little tings weh ... . Yuh have to just careful when you deh ‘roun certain people,” he said.

Scores of tributes flowed on social media since his tragic demise.

McNeil, also the founder of the charity-based Leegates Foundation, has been lauded as a philanthropist and humanitarian. He is also the face of town-crier services in Clarendon. He became a well-known blogger after his coverage of the murders of a mother and her four children in Cocoa Piece, Clarendon, in June. He also made strides through his coverage of the Donna-Lee Donaldson murder case

Scean Barnswell, councillor for the Hayes division, has described McNeil’s death as untimely.

“It is unfortunate that the law-abiding citizens can’t go out and have a social, to mingle, to have a get-together because of the spate of shootings taking place within our community space,” said Barnswell.

Noting that Saturday night’s incident had left residents traumatised, the councillor made an appeal to anyone with information to share it with investigators.

“We cannot keep silent, because it can be you, it can be your family member next time around, so let us join hands and have all hands on deck as we tackle this crime monster and put it to rest once and for all,” said Barnswell.

Up to September 17, a total of 63 people had been killed in Clarendon. The figure shows a 17 per cent reduction in homicides when compared to 76 murders for the corresponding period of 2021.