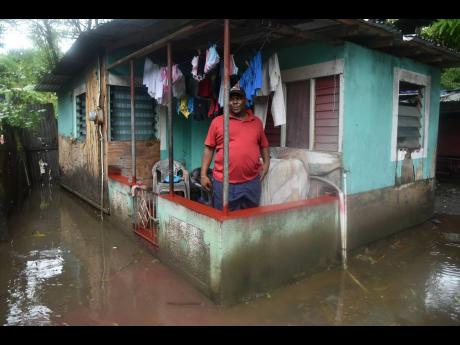 Kenyon Hemans/Photographer
Derrick Bogle of Bamboo River in Morant Bay, St Thomas, is relieved that Tropical Storm Ian spared the island - and his home - the worst on Sunday. 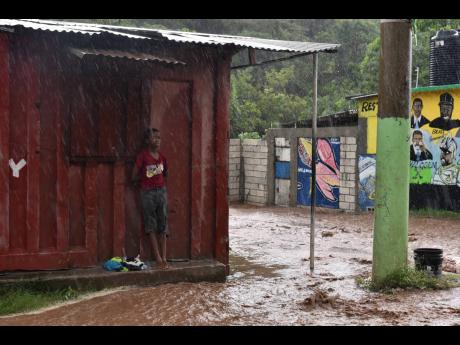 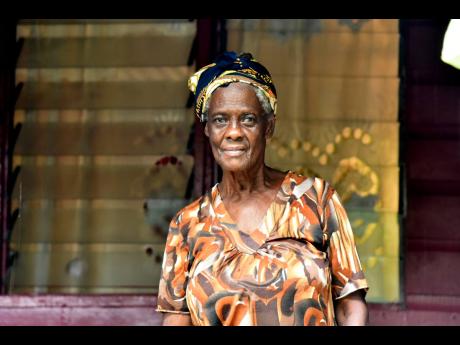 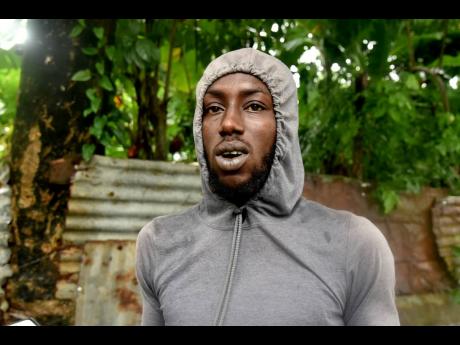 Kenyon Hemans/Photographer
Romario McFerson wants the authorities to shore up the banks of the Bamboo River.
1
2
3
4

Jamaica was spared widespread flash floods or landslides Sunday as Tropical Storm Ian continued its trajectory west of the island, with roads, electricity, and water supplies mostly holding up despite steady but light to moderate showers along the island’s south.

The system could become a hurricane today with western Cuba and Florida in its path.

Schools have been given the green light to reopen today, though institutions in Region Two have been granted approval for remote learning amid some reports of disrupted electricity, worsened roads, and flooding in St Thomas, St Mary, and Portland.

Residents of Bamboo River in Morant Bay, St Thomas, breathed a sigh of relief as householders familiar with flooding woes rejoiced that their homes were not breached.

Twenty-eight-year-old Romario McFerson has grown up in the community and has had to battle floodwaters when the nearby river overflows its banks.

“Mi deh ya so and see water a catch mi a mi waist and run through mi house. Soldier have to come out ya come evacuate we out,” he said, recalling major flooding there two years ago.

With the country expected to stop feeling the effects of the weather system by Monday evening, McFerson is still cognisant of the ever-present danger from the community’s proximity to its eponymous river. He is appealing to authorities to shore up the groynes, which he said have collapsed.

“If it fall harder, the river come down because dem have some diamond down deh, but dem drop down long time and nobody no really a look pan dem,” he told The Gleaner.

‘Diamond’ is a colloquial term for riverbank supports.

For 40 years, Bamboo River has been Ivy Samuels’ home.

She is no stranger to flooding and has had to evacuate a few times.

But her anxiety over Tropical Storm Ian dissipated quickly, much like the water that had settled in her yard.

“This a regular ting mi used to. Mi live here fi years and mi used to the water, but mi feel good say no flooding this time,” she said.

Pansy Patten was worried about the expenses she might have incurred from the anticipated flooding.

“Mi feel a relief because poor people nuh really have it fi when storm and tree drop inna di house cause if you have five mattress and storm come and wet up di five, you nah get back di whole five, you going get two, so you still haffi go inna expense fi find three, so inna dah way deh wi relieve say no storm no go on,” she said.

Like McFerson, she wants more groynes to be erected in the river to protect the community.

She is appealing for intervention from St Thomas Eastern Member of Parliament Dr Michelle Charles.

The lawmaker made a public appeal on her Twitter account Sunday, urging the National Works Agency (NWA) to assist in drain cleaning.

“The drain at Bamboo River is in need of serious deep cleaning. The opening towards the sea was cleared prior to the expected storm by the local government,” Charles tweeted.

Water settled in Derrick Bogle’s yard Sunday, but he was not unduly worried because he has seen worse.

Communication and customer services manager at the NWA, Stephen Shaw, said that heavy rains associated with Tropical Storm Ian did not cause any adverse damage to the country’s road network.

A similar report was given by the Jamaica Public Service Company as it relayed that no major outages had occurred because of the heavy rainfall.

“We have to be mindful of the prevailing weather conditions, and that may significantly impact how quickly we complete this repair,” Canon told The Gleaner.

He also cautioned residents not to rechannel storm water into sewers as this could result in flooding problems.