Talk of PNP rifts is a myth, says Pryce 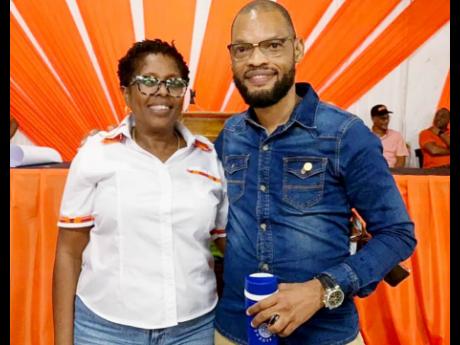 Contributed
Angela Brown Burke pictured with Raymond Pryce after she was returned as chairperson for the People’s National Party on Sunday.

Pryce, who was defeated by Alando Terrelonge in his bid to wrest away the St Catherine East Central seat in 2020, has dismissed concerns that the challege would revive divisions in a party riven by factionalism for more than a decade.

“Any suggestion that there would be automatic rifts or otherwise factiousness is a myth, as proven by the almost radio silence that appended the process,” Pryce told The Gleaner late Sunday.

Pryce said that a number of executive-level posts become vacant after annual conference and that NEC contests were routine matters.

According to Pryce, there were 11 slots, including for the chaiman and deputy chairman. He said that he and Brown Burke were nominated for the post of chairman, while Floyd Morris was returned unopposed for deputy chairman.

“This specific contest happens among NEC members who are the only persons that can be nominated and eligible to vote,” Pryce said.

“Any suggestion to the contrary is mere detritus.”

A source who attended the NEC meeting told The Gleaner that it was well attended and that members gave their full endorsement of PNP President Mark Golding, who made it clear that the party was pressing ahead.

Efforts to get a comment from Brown Burke were unsuccessful as repeated calls to her cell phone went unanswered.