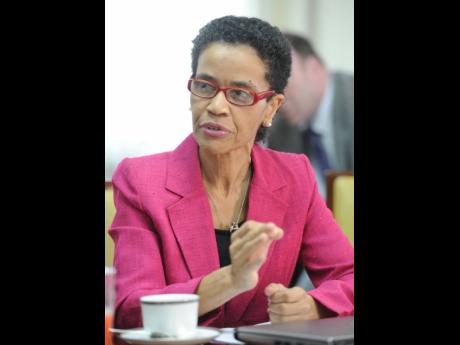 “I believe the next two generations will blame us for the state of the environment we have left them”: Dr Barbara Carby, former ODPEM Director General. 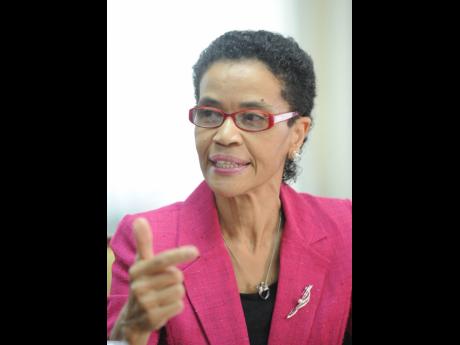 Dr Barbara Carby fears that future generations will not only “drown, but also fry from heat” if the destruction of the environment continues.
1
2

Even as she welcomes housing developments that have changed the landscape of Kingston and St Andrew in recent years, former Office of Disaster Preparedness and Emergency Management (ODPEM) Director General, Dr Barbara Carby, believes the country is sacrificing sane environmental practices.

Sipping on a glass of white wine at Uncorked on Constant Spring Road during last Thursday’s pouring rain, the now-retired disaster risk reduction and management expert said that the destruction of the environment is running a close second to crime in devaluing Jamaica.

While she does not go into panic mode every time a weather system approaches, she is hardly ever surprised by the devastation to roads, flooding in areas previously spared such disasters, and land slippages whenever there is rain – heavy or not.

Noting that trees provide clean air and canopy, act as wind breakers and help in maintaining cooler temperatures, Carby described as “utter nonsense the removal of matured trees and replacing them with palms and concrete” as “developments” expand across the city. Concrete, she noted, contributes to heating, which calls for artificial cooling systems and a heavy dependence on energy, and the poor are often unable to find the resources to provide air conditioning.

“That cannot be good, no matter by what name we call it,” she told The Sunday Gleaner. “ ... All trees are not equal. I believe the next two generations will blame us for the state of the environment we have left them.”

While Carby believes Jamaica is not short on good policies, she said it thrives on bad practices.

“We are in a better space now because we have so much data, much more than when I left ODPEM in 2010. ... The issue is this: we know better, but we do less. So that body of knowledge that should be informing how we act is being ignored, as far as I see it,” she said. “We now have 10 to 16 years more of data in terms of weather and climate. A lot of modelling has been done at the global level and regional level and – thanks to The University of the West Indies – at the national level. They have downscaled models to country levels in the Caribbean, so we don’t have the excuse that we don’t know what the projections for climate change are.”

“Let us look at what we are doing in Kingston to clear lots. ... So you have removed the trees and paved the lot. Under the development orders, when a lot is developed, there should be no increase in the amount of water going into the public space. Without proper drainage, the water makes the road its home. That leads to flooding and road disintegration,” she explained.

She wants it to be a requirement for all housing developments to have catchment tanks for rainwater harvesting to reduce the volume of water on the roads and in gullies.

Noting that many of the island’s drainage systems were designed 60 to 70 years ago and have not been improved since, Carby said it is no wonder they are collapsing due to the sheer volume of water they now have to carry, leading to infrastructural damage and, at times, deadly tragedies.

Not anti-development, just pro-good ones

At two events last week, Prime Minister Andrew Holness said that the Government would be pushing back against a wave of negativity, including comments that Jamaica was a failed state. He said the wave of negativism was being deliberately spun and fed to the public to craft a narrative of doom and gloom. He added that the last four years have seen Jamaica impacted by weather systems to which the Government has responded.

“I don’t want Jamaicans to be fearful when you see your Government taking on massive nation-building projects,” he said while speaking at the launch of the National Water Commission’s Mona Reservoir floating solar plant on Wednesday.

“When I scan some of the commentary about the Government’s infrastructure and development projects, there appears to be a great dissent, objection against development. There is a strong anti-development sentiment,” Holness said, adding that this was driven by a lack of understanding.

“This Government has shown that we have the capacity to pursue huge, major development projects, include the people, preserve the environment and improve the general aesthetics so that the human condition and the human development can be maximised,” he added.

Carby was astonished at the comments.

“I am surprised by the prime minister’s posture because he seems to be dividing the country into pro-development and anti-development. That is not what I expect of a leader of the country. He should be trying to balance things and unify the country,” she told The Sunday Gleaner.

“When citizens try to stand up and speak for their rights, how can you frame that as being anti-development? Citizens are having to go to court to get the government agencies to enforce their own laws. How is that anti-development?”

She noted that the flooding which takes place in some sections of the island has nothing to do with the specific geographic locale affected. Shoddy planning and projects elsewhere have placed these communities in harm’s way.

The disaster risk reduction expert pointed to the recent demolition of two luxury skyscraper apartment complexes valued at US$87 million (J$13.2 billion) in an apparent warning to rogue developers after multiple breaches of construction law, but lamented that our politicians lacked the backbone to take such actions and have left citizens to seek redress through the courts.

“I think if the Government would demolish more developments done without the requisite permits, developers would not be so willing to flout the rules,” Carby stated.

Citizens, she stressed, were only asking for properly planned developments.

She suggested that the National Environment and Planning Agency (NEPA) institutes a tree-planting fund, whereby a value would be placed on each tree removed from areas gutted for concrete and a developers fee for the planting of replacement trees elsewhere over time, similar to the arrangement with bauxite companies for areas they propose for mining.

With global temperatures rising, Carby fears that future generations will not only “drown, but also fry from heat” if the destruction of the environment continues.

Beating head against the wall

Much of what is being exhibited in the construction industry, Dr Carby said, cannot find support in government policy.

“There is a huge chasm between policy and practices. If we continue at our current rate of practice, I don’t see it getting any better. To me, the State has abdicated its responsibility to protect its citizens and it has manifested in so many ways. People build anywhere, including on gully banks where they are going to be washed away,” Carby told The Sunday Gleaner.

“We have a political problem. We pay a lot of lip service to climate change and risk reduction, so we say the right things. We have ODPEM, and NEPA, and the municipal bodies, so why do we continue to have these problems? It’s because we are only interested in optics. We like to be seem to be doing the right things, to be making the right steps, but our practice on the ground is the opposite,” she bemoaned.

It was during Carby’s tenure at the helm of ODPEM that the agency became part of the approval process by reviewing development plans.

Development plans should also be posted at a location accessible to the public for review. She displayed one such letter-sized notice placed on a utility pole at a planned development. She was not amused.

“In law, the minister can overrule the findings of every single agency involved in determining the outcome of a development in 2022. The minister does not have to give a reason for his decision to overturn what the competent bodies say. Essentially, the minister is the law, instead of an independent technical body. I don’t know why that is the case in 2022,” Carby said.

The woman who left ODPEM after admitting “I can’t keep beating my head against the wall for the rest of my life” further lamented that restrictive covenants were being abused in many neighbourhoods under the guise that they are agreements between neighbours.

“That’s the Government’s way of getting out of it, as those covenants dictate what can be built. If there is a change of use of a property, the aggrieved party will have to go to court,” she said.

“But the problem is that when the Global North is harming you, you cannot be doing the same thing and then cussing them,” she offered.

While only producing a fraction of the harmful carbon emissions seen in those countries, she said smaller nations also need to take stock of their own actions.