A Coke comes with healing for Tivoli 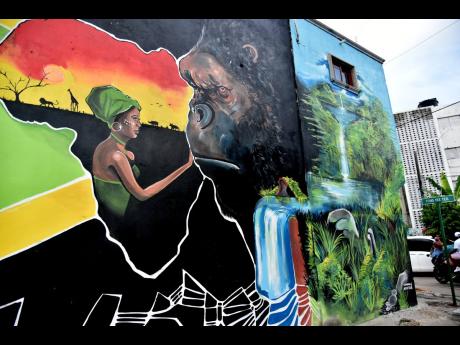 Kenyon Hemans/Photographer
African jungle themes dominate this mural in a section of Tivoli Gardens called Rasta City. The murals are expected to help residents heal from the history of violence that has scarred the neighbourhood. 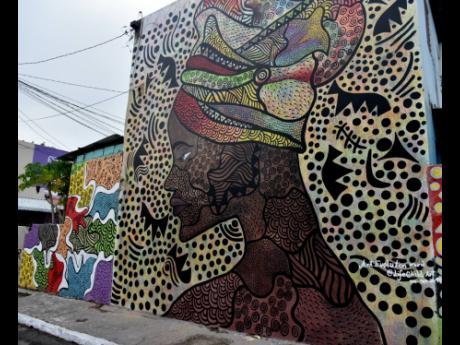 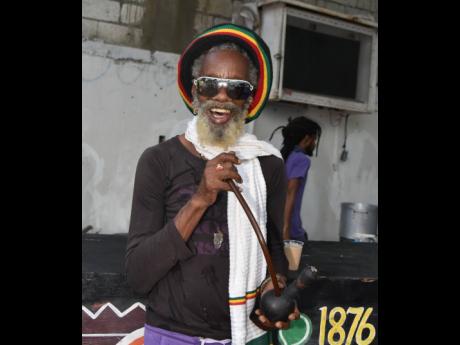 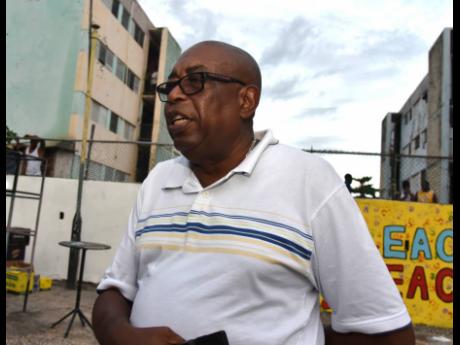 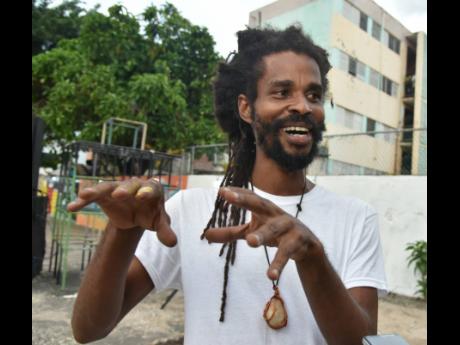 Kenyon Hemans/Photographer
Oniel Coke, organiser of the artwalk campaign in Tivoli Gardens, believes that it can have a transformational effect on the community.
1
2
3
4
5

Tivoli Gardens, the western Kingston community whose history has been stained with bloodshed and trauma, is using art as therapy for young and old to overcome grief and to project a favourable outlook on the inner city. The mural project,...

Tivoli Gardens, the western Kingston community whose history has been stained with bloodshed and trauma, is using art as therapy for young and old to overcome grief and to project a favourable outlook on the inner city.

The mural project, spearheaded by Oniel Coke, a social enterprise director, has the backing of elders such as Earl ‘Chinna’ Smith and Donovan Edwards, the local government councillor.

Coke said the community needs healing and believes that art can foster the desired transformation.

“Most people consider here an inner-city community, and these places usually have the trauma. We say if trauma is not attended to, these people can become trauma producers,” Coke said in a Gleaner interview on Saturday.

“So we need to heal the thoughts where trauma exists, so we can go forward in a meaningful way.”

One of the largest open spaces in the 25-acre community, the park is conceptualised as an oasis for de-escalating tensions in a community scarred by its notoriety as a hotbed of gangsterism and its strained relations with the police.

It was also the headquarters of extradited mafia boss Christopher ‘Dudus’ Coke, the convicted gunrunner serving a 23-year sentence in the United States.

Oniel, who is related to Christopher, said he and others are charting a path of peace that will neutralise conflict. He hopes that the imposing and entrancing murals will command the attention of passers-by and change hearts.

“People in dem space ya, when you travel through dem space ya, even if you and somebody in an argument, it hard fi yuh carry it pass,” Oniel said.

The mural zone, located off Keith Avenue, is Tivoli’s version of the more high-profile artwalk in the business district of downtown Kingston.

Community tourism is high on the agenda of the western Kingston community, which is seeking to turn a new leaf – or perhaps write a whole new book – in order to woo traffic to its streets without the routine blaring of police and ambulance sirens.

“Through an artwalk, we are able to impact the trauma in the different areas, or corners. It’s a work in progress, and we just happy to start,” said Coke, adding that it took six days of intense work to get Phase One to an acceptable standard.

Besides murals, the park has benches, a swing, and a play area.

Children and young adults were gathered on Saturday, soaking up the festivities and video conferencing with friends and family far and wide about the development.

“We try to find ways to engage youths because we get the privilege to go to school, get qualified in certain areas, so we now want to engage our community because we know what it needs,” Coke said.

Smith, a Rastafarian elder, told The Gleaner that Tivoli once had a recreational space called ‘Centre’, which was a magnet for people from nearby communities like Greenwich Town.

“We used to have a band name New Vibration, so my link with Garden a come from early ‘70s. I always wish that every neighbourhood have a centre like Tivoli Gardens, because it allow the youths from tender age to adults,” said Smith, a guitarist.

“Over the years, you have had changes, but I still support this area in any which way I can.”

The youths have also engaged in the music, playing the drums of the Binghi Str band, and Smith is happy for that and gives full endorsement.

Samuels said the project is one of the best things to have happened to Tivoli Gardens in a while.

“From the beautification, it is inspiring, and the youngsters need inspiration. Art is a thing that soothes the soul, and it is written on the wall. Just looking at it, it inspires. At least we can get the youths to start think in a particular way from the normal thing they see around them,” Samuels told The Gleaner.

Street art, according to the councillor, is an expression of freedom.

“It’s good for them and good for everybody. We expect it will provide a medium for the citizens to come together and do more,” Samuels said.