One concern weighs on vendors as Stony Hill Market reopens 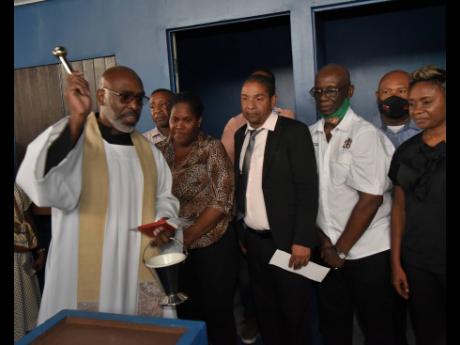 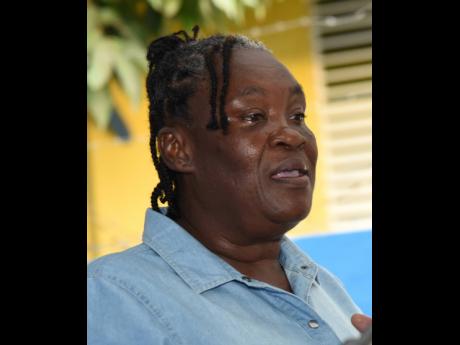 Ian Allen/Photographer
Esreen Bailey says she is pleased that the Stony Hill Market has been restored, having deteriorated over the years. 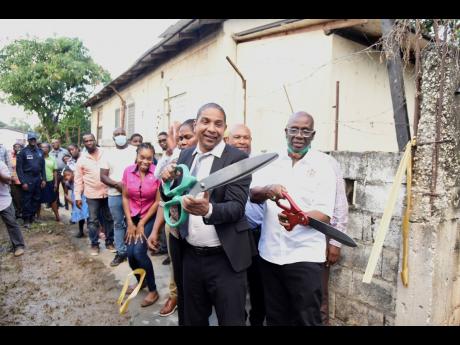 Although vendors are elated that the multimillion-dollar renovation at the Stony Hill Market in St Andrew has been completed and the facility is again open for business, they still have one major plea. That is for persons who are not willing to...

Although vendors are elated that the multimillion-dollar renovation at the Stony Hill Market in St Andrew has been completed and the facility is again open for business, they still have one major plea.

That is for persons who are not willing to sell year-round to not get a stall which would then be closed for months, while others willing to occupy it are forced to stay out on the streets.

They raised this concern with The Gleaner after the market was officially reopened on Thursday by Kingston Mayor Delroy Williams, saying that they will bring to issue the attention of the Kingston and St Andrew Municipal Corporation (KSAMC).

That could be problematic for persons like Verona Marshall, who has been selling inside the Stony Hill Market for the last 30 years and wants the opportunity to get a new stall at the front of the market, which she may only occupy for some months of the year.

According to Marshall, she at times spends five or six months in Jamaica and the rest of a year overseas.

“By November now, I come back and spend another six months,” Marshall told The Gleaner.

Marshall believes it is fair for her to choose to close her stall while she is overseas.

Some vendors disagree, noting that, with limited space available, some persons who have the intention to sell year-round are left in the lurch and could have been making better use of the space to generate a more continuous income.

Farmer Christine Dennie, who sells ripe bananas and plantains on the steps of the market, is happy that the facility is now reopening, and would like the opportunity to secure a stall inside.

“I’m so excited. I don’t get any stall. I want to register to get a stall in there. I don’t know if it’s full yet. I would want one of the shops,” Dennie told The Gleaner on Thursday.

Esreen Bailey, who said she watched the condition in the market deteriorate over the 26 years she has been selling at a cookshop inside the facility, is elated they have a newly renovated building.

“The condition was not good. It was unbearable because sometimes rain fall and we wet up. We didn’t have any sanitary facility, sometimes no water, and it has been rough. So we feel so good now that we see this come true,” Bailey, who gave the vote of thanks on behalf of all vendors, told The Gleaner.

In his address, Mayor Williams said that the KSAMC, of which he is chairman, is committed to the transformation of municipal infrastructure in Kingston and St Andrew.

“ ... We realise, if we don’t begin to take steps to restore, to repair and to replace where that is necessary, then what will eventually happen is that you would just have a general deterioration of municipal infrastructure, which would then have its own consequences on commerce and the economy of the city,” he said.

“In order to keep the economy of the city vibrant and to keep commerce going, and to keep jobs or continue to generate jobs and foster business opportunities for persons within the municipality, then you have to focus on the infrastructure of your municipality,” Williams added.

The Jubilee Market in downtown Kingston and the Stony Hill Market, which have been renovated at a combined cost of some $50 million, were originally scheduled to be reopened in February 2022. The KSAMC will open the Jubilee Market next.