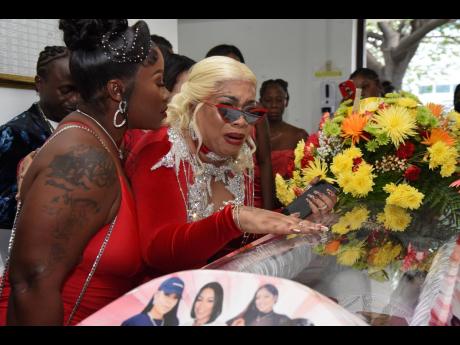 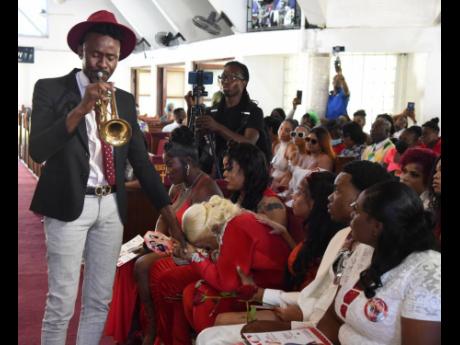 In four days, Aneka ‘Slickianna’ Townsend would have been celebrating her 36th birthday. And the woman, who her friends describe as the life of the party, was looking forward to doing something spectacular. But her life was cut short before those...

In four days, Aneka 'Slickianna' Townsend would have been celebrating her 36th birthday. And the woman, who her friends describe as the life of the party, was looking forward to doing something spectacular.

But her life was cut short before those plans could materialise.

On October 20, Townsend's decomposing body was found floating in the sea in Reading, St James. Two men, 33-year-old Rushawn Patterson and security guard, Rohan Rose, are now before the courts on charges relating to her murder.

On Thursday, scores of mourners and grieving relatives gathered at the Webster Memorial United Church in St Andrew to celebrate her life, striving to give the mother of one a send-off that she would approve of.

“To know Aneka is to know what life means, to enjoy yuhself, and just live as if yuh nuh know wah a go happen tomorrow,” her friend of 13 years, Dwayne Jarrett, told The Gleaner.

Overwhelmed with emotions, Kareem Wedderburn, who has been friends with Townsend for over a decade, had to exit the church during the ceremony.

More popularly known by his social-media moniker Kareem 'Bwoyatingz' Wedderburn said their birthdays are only a few days apart and they always made plans together, with Townsend doing her utmost to ensure everyone enjoyed themselves.

“She's always celebrating her birthday. She was more concerned that her friends and family were happy on her birthday. That was just how selfless she was,” he said.

Townsend was born in Waterhouse, St Andrew, and was the second of four children for her mother. Her father predeceased her.

Remembered as kind and genuine by those who knew her personally, Townsend had amassed more than 300,000 Instagram followers, and was hailed as a “celebrator of life”.

“She laughed easily; it did not take much to make her happy. She always said, 'Once mi have life and mi belly full, mi good'. The smile and laughter [were] infectious and one could not help to be happy in her presence,” aunt Arlene Gregory shared while reading the eulogy.

Gregory said that the charismatic and humble Townsend was never one to hold grudges or judge others.

“She always believes that we do not walk in the shoes of others so we should never judge them. Only God can act as the judge in the affairs of others,” she said.

Gregory added that Townsend was street smart and “could smell the personality of someone from far away”. But, although she had good intuition and was always careful about who she trusted, it was unfortunate that “someone she trusted took her away from us”.

Gregory broke down as she recalled the days leading up to Townsend's murder.

On Tuesday, October 18, Townsend celebrated her mother's birthday with family and friends and went to visit a relative whom she had not seen for years. The following day, she spoke to her mother on the phone for the last time.

A day later, she travelled to Montego Bay, St James, allegedly to meet with Patterson.

“On Friday,October 21, word started to spread that her body was found in the sea at Reading, Montego Bay. On Saturday, October 22, her body was positively identified. Our dear Dumpling is no longer with us,” Gregory said.

And even as the family still tries to process her death, her aunt vows to keep her memory alive and take care of Townsend's 12-year-old son, who, she said, was the love of her life.

“We will recall how she touched our lives independently and as a family. No amount of time will ever erase you from our hearts,” she said.