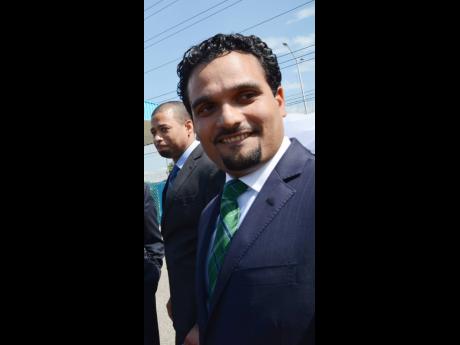 Petrojam’s chief financial officer (CFO) on Friday testified that he had not checked if the disbursement cheques he had signed for former Chairman Dr Perceval Singh had breached any of the company’s rules.

Delroy Brown also testified that he had never raised any concerns about disbursements for Singh to the company’s general manager or the permanent secretary.

Neither had he alerted the board of the state-owned refinery nor the Finance and Technical Committee meetings to any such concerns.

The ex-chairman and former General Manager Floyd Grindley are being tried in the Kingston and St Andrew Parish Court on fraud charges in relation to overseas travel allowances amounting to US$73,620.

Singh is alleged to have submitted claims between November 2016 and July 2018 for overseas travel he did not make while allegedly being aided and abetted by Grindley.

On Friday, during cross-examination, Singh’s lawyer, Bert Samuels, asked: “Were [it] the general manager’s approval breached Petrojam rules, would you have signed the cheques for travels?”

Brown, however, evaded the question.

During further probe by the lawyer, he acknowledged that he was aware that Singh was not being paid as a chairman and that he was doing voluntary work.

However, when asked if he knew who was responsible for paying for Singh’s trips from the United States to attend board meetings in Jamaica, the witness said he was not aware as he did not know of the arrangements between Singh and Petrojam.

At the same time, he said that the company had a budget for overseas travel, and trips that were not budgeted for would have to be justified.

“Did you expect him to pay for his travels out of his pocket?” Samuels asked.

“I did not have any expectations as I said I did not know what the arrangements were,” Brown replied.

Samuels then asked if Singh was not entitled to be reimbursed for the money he had spent from his credit cards for company travel.

Brown, in response, said that such questions should be directed to the energy ministry or permanent secretary as he did not make those determinations.

He was then asked specifically whether Singh ought not to have received reimbursement for a 2018 London trip for which he had paid his own money to attend.

“I am assuming that the [former] GM satisfied himself and, on that basis, I signed,” Brown said.

However, he admitted that even if the cheque was approved by the general manager, he could have sent it back and asked for clarification, but never did for any of those he had signed for Singh.

Samuels had shown the witness proof of Singh using his credit card to pay for the London trips and several others, which reportedly were to attend official company business.

Safety, Environment Quality Assurance and Security Manager Leon Jarrett, who had gone to London with Brown, testified that he had not seen Singh at the London hotel or at the meetings.

Earlier in the trial, Brown had dismissed suggestions from K.D. Knight, KC, that his evidence against Grindley was based on malice and that he told several untruths.

Brown also disagreed that his inefficiencies had contributed to Grindley being charged.

Grindley is also charged with obtaining valuable security by false pretence contrary to Section 35 of the Larceny Act.

Brown will face more questions from Samuels when the trial resumes on Monday.