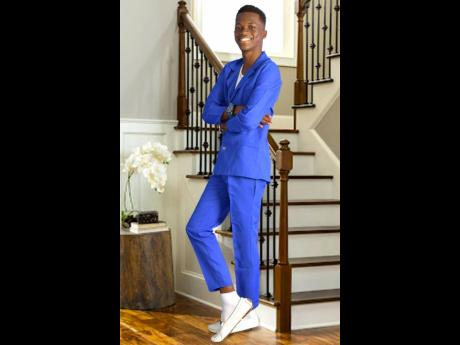 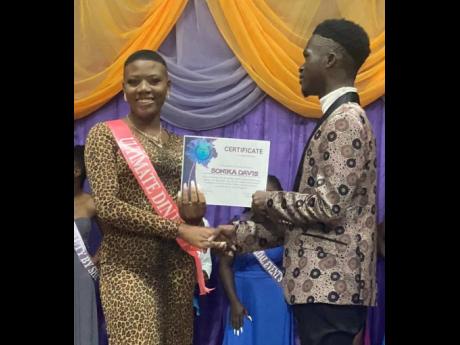 Contributed
Tayjaun Banner, director of the Mr and Miss Central Jamaica pageant, presents an award to Sonika Davis, a participant in the competition held at the Bishop Gibson High School in August 2022.
1
2

Tayjaun Banner is motivated to help transform Jamaica one step at a time.

The 17-year-old, who is the reigning Mr Teen Jamaica United Nations, told The Gleaner that he had always been passionate about wanting to work towards seeing his country progress.

He was particularly inspired to create avenues, such as a non-profit organisation that would cater to fellow teenagers, who might be suffering from issues, such as depression, anxiety, rape, and abuse.

Growing up for a short while in crime-plagued Spanish Town, St Catherine, Banner said that it was rather challenging as he learned to become accustomed to the sounds of gunfire ringing out, a sound not comforting to hear, especially during the nights.

His mother then decided to relocate the family.

“As a young person [who] has experienced a lot of violence … I’m just always trying ways to make the world a better place, a better community [with] less violence,” said the youngster, who will be representing Jamaica in September 2023 when he travels to India to participate in United Nations Pageants.

“We are living in a world where violence is prevalent and teenagers often suffer from issues, but sometimes, they don’t have a person to go to communicate with to speak about [them],” he added.

From a very young age, Banner had the dream to effect a positive change in society, growing up in a single-parent household with three brothers and a sister.

“When I was about 15, I wanted to be the director for my own pageant, but this pageant would allow contestants the opportunity to speak out on issues affecting them and to reason how best these issues can be resolved,” the first-year student at the Catholic College of Mandeville told The Gleaner.

In August 2021, Banner successfully staged the first edition of the Mr and Miss Unity pageant at Bishop Gibson High School. The event will have its second staging next month.

A Rotaract Club of Manchester member, Banner stated that he has a deep-rooted passion for volunteerism, and from time to time, he engages with early childhood and primary schools to give of his time.

He added that he already meets weekly with a group of like-minded individuals to help achieve similar ambitions and objectives at the community level.