Multi-purpose facility has lots to offer locals and foreigners 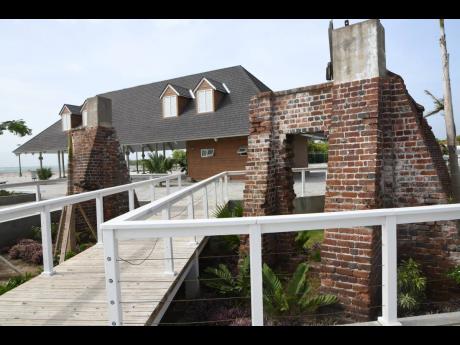 Rudolph Brown/Photographer
The Historic Naval Dockyard is a versatile space. 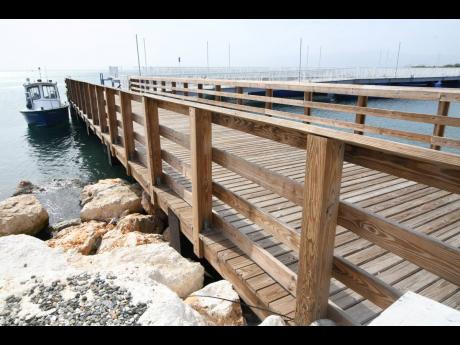 Rudolph Brown/Photographer
There will be no access to the cruise port facility at the Historic Naval Dockyard on cruise days, but the facility will be open seven days a week and will be available for private and corporate events. 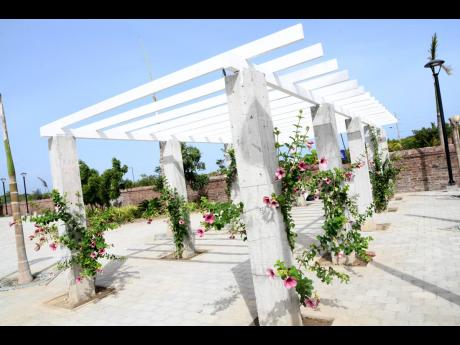 Rudolph Brown/Photographer
With its sunken garden, green and idyllic spaces ideal for picnics and weddings, there is much on offer at Port Royal’s rich and historic port of call. 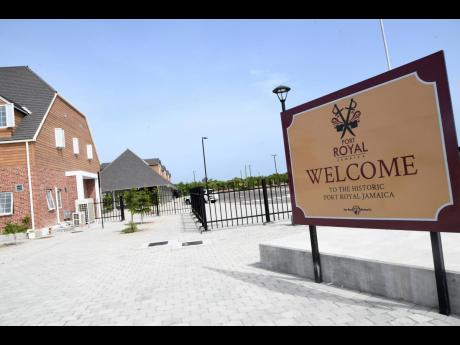 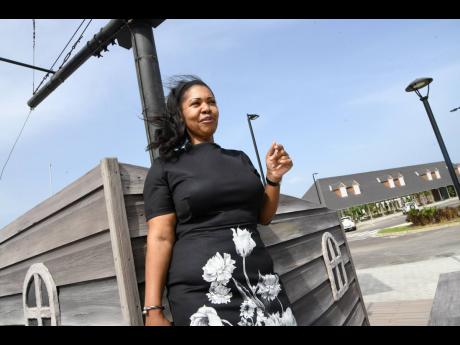 Something exciting is happening in Port Royal, that quaint peninsula positioned on the tip of Jamaica’s 18-mile long Palisadoes sandbar and which was once known as “the richest and wickedest city on Earth”. The former haunt of swashbuckling buccaneers and buxom tavern wenches, Port Royal, which has enjoyed a romance with notoriety, is being positioned on the world stage in a regal way with the opening of the Port Authority of Jamaica’s (PAJ) cruise port at the Historic Naval Dockyard.

Until recently, the extent of the amenities at the PAJ’s cruise port in Port Royal was a fairly well-kept secret. But the word is officially out, and Jamaica’s newest and most innovative port is riding a smooth wave of popularity. Port Royal is being viewed internationally as an exclusive and exciting destination, with a rich cultural and historic port of call.

And, with its sunken garden, green spaces ideal for picnics and weddings – even with a proposed jetty to transport the bride if she chooses a dramatic, from-the-sea entrance – a selfie area, a soon-to-be-completed museum and upscale restaurant, and enough space to host the biggest dance or concert in reggae land, the port is about to rock. Just like it did when it played host recently to Spice, Shaggy, and Sean Paul’s performance aired on ‘Good Morning America’ and ‘Jimmy Kimmel Live!’.

Kimberley Stiff, assistant vice president, marketing and communications at the PAJ, is justifiably excited at all the possibilities that this multipurpose facility has to offer to both local and foreigners. She emphasised that her company “heard the concerns of the people” in designing the port so that it can be utilised in ways other than for cruise-shipping operations.

“There are always concerns about accessibility. Locals feel that they are denied access to cruise ports, but these places are sterile areas, just like airports, and we are governed by international conventions,” she explained earnestly. “The versatility of the cruise port facility at the Historic Naval Dockyard was contemplated in the planning and design phase. On cruise days, there will be no access, but the plan is to open seven days per week, and we will be available for private and corporate functions,” Stiff shared with The Sunday Gleaner.

With the longed-for reopening of the entertainment sector planned for July 1, Stiff and her team are prepping for what could very well be the mother of all return concerts. But they are also looking to attract overseas activities and mentioned in passing a major festival that could be held there in November.

One of the biggest attractions that this windy oasis has to offer in a pandemic era defined by numerous protocols is that it is completely retrofitted with all the necessary inputs, eliminating that challenge for those who rent the venue for functions.

“We have the entire set-up right here. Therefore, all the organisers have to do is bring in the people. And we can even host more than one function at a time, depending on the size,” Stiff added.

She is quite proud of the fact that the facility was built in record time and noted that all the environmental requirements were strictly adhered to. “It was developed in under two years, and we did an environmental impact assessment prior to starting the project because Port Royal is a unique ecological area which is protected. Another good thing about this project is that Port Royal itself is also benefiting. We have our own sewage system, and we were asked to share it with the community, which we did. We have built a promenade leading from the port into the town because the cruisers are keen on heritage and culture tourism. As they make the walk, they will be able to purchase juice from vendors along the way, and of course, these are people from the community, and some of the residents are also being trained as tour guides,” Stiff pointed out.

The port has had four cruise ship calls since its opening, with the inaugural one on January 20, 2020, with the arrival of the Marella Discovery 2.

Stiff readily admits that the advertising on US prime time television through the performance by Spice Shaggy and Sean Paul on the port’s floating sea walk, has been a big boost for the facility, and calls are coming in on rapid. “The VP [Records] team was driving around scouting locations, and they came in and asked if we were open. They looked around and decided that it would be ideal for what they wanted, and they came here, did their filming undisturbed and showcased Jamaica to the world,” she said.

In the 17th century, Port Royal was a port of call that offered protection to buccaneers such as Henry Morgan, Anne Bonny, Calico Jack, and Blackbeard. During its nefarious glory days, this hub of pirates, prostitutes, and debauchery was one of the richest places on Earth and had a reputation that was equalled only by that of the biblical Sodom, to which it was compared. Port Royal’s day of reckoning struck dramatically on Saturday, June 7, 1692, at 11:43 a.m. A 7.5 magnitude earthquake and tsunami destroyed the town, sinking most of it 40 ft under the sea and killing 2,000 of its inhabitants.

Port Royal, buried deep in culture and historical ruins, is now a sleepy fishing village, which is being reawakened in a major way as a result of the vibrant transformation by the PAJ, which is intended to “stimulate the preservation and restoration of historic and archaeological assets while fostering improvement in the quality of life for the Port Royal community”.