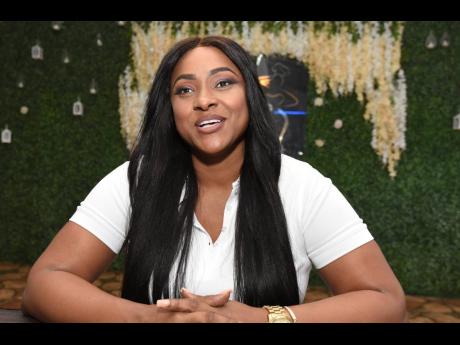 Kenyon Hemans/Photographer
Running deeper than any drama in which Yanique ‘Curvy Diva’ Barrett has been entangled is her faith in an omniscient God to whom she prays every morning. 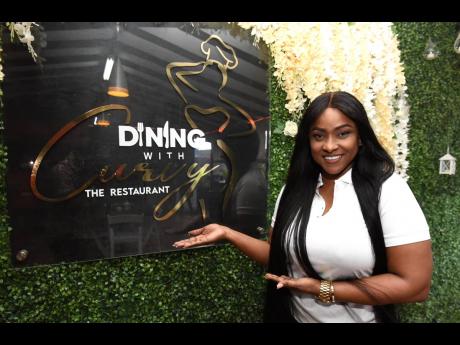 Kenyon Hemans/Photographer
Barrett speaks about God with total reverence in the same breath that she speaks of her love for the forbidden meat shunned by all good Adventists – pork, which she serves at her restaurant Dining with Curvy. 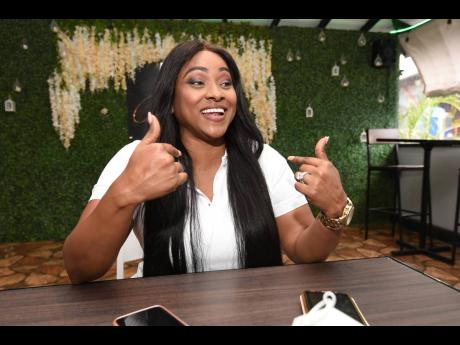 Kenyon Hemans
Barrett makes no apologies, not even to her upstanding Christian family, who she truly adores.
1
2
3

An alum of respected Seventh-Day Adventist institutions in Jamaica – Kingsway Prep, Kingsway High, and Northern Caribbean University – Yanique Barrett, dancehall’s best-loved ‘Curvy Diva’ has a record of raunchy antics that would certainly leave her pastor blushing and the church members crimson. But running deeper than any drama in which the Lifestyle singer has been entangled is her faith in an omniscient God to whom she prays every morning.

A stroll down dancehall’s memory lane could catch the bootylicious Barrett gyrating on stage clad in barely there garments fighting a losing a battle to cover her ample derrière, or one could perhaps even catch her getting rid of a constricting garment to fully play her role. Just like she did on a hot summer morning in August of 2019, when while performing at a gay pride breakfast, she decided that it was best to live out the reality of Dexta Daps’ dancehall hit, No Underwear. A video of the vixen publicly and provocatively removing her delicate undergarment live on stage went viral, with all sorts of people saying all sorts of things, and, yes, even raining down brimstone and hellfire.

But the entrepreneur and television host-turned-recording artiste hit back at the time by saying it was all about the ‘show’ in showbiz. “Mek me tell yu dis, it’s clear that I had on stockings and underwear underneath mi skirt. I had on a next pair of underwear. It’s all entertainment, so me taking off underwear was all part of it,” she told the media.

Barrett and risqué somehow go hand in hand while she is performing on stage, and for this, the poster girl for ‘BADventist’ - a term used to describe a member of the church gone rogue - makes no apologies, not even to her upstanding Christian family, who she truly adores. “I am full-on in [Seventh day] Adventist world,” she declared without any hesitation as she proudly reeled off her Christian credentials. “I went to NCU, Kingsway High School and Prep. Everybody in my family is Adventist. They are still holding on to the faith, and they are doing well. My sister doing her masters, mi niece dem a lawyer, but I am the black sheep of the family,” she says with refreshing candour.

But black sheep or not, Barrett holds Fada God in high esteem and speaks fervently about Him leading her steps, even along the jagged edges of dancehall. She emphasises that she doesn’t leave God out of the picture.

And in a Christian Bible that extends maximum love and forgiveness and restoration to a whole bunch of sinners and undesirables, from lepers to whores and harlots to murderers, the Curvy Diva certainly would not be eliminated from any heavenly love fest, and she definitely ‘knows the Schweppes’. Barrett keeps it real and simple and speaks about God with total reverence in the same breath that she speaks of her love for the forbidden meat shunned by all good Adventists and “dressing half-naked”.

“With my career taking me all over, the restaurant [Dining with Curvy] open in the midst of a pandemic (our best seller is barbecue pig’s tail and I love pork), the cookbook to be launched, and then the clothing line, and a line of seasoning coming as well, it is a lot of work. And it’s just the grace of God. I pray every morning for God to give me the strength to take on all the responsibilities. It’s not that I am telling Him to take away the responsibility or lessen the load. Just give me the strength to manage the load. That’s all I need because I am so grateful for every opportunity and everything that I am doing. I am just blessed and happy,” she said.

So it is with this surety of “who she is and whose she is,” as the men of the cloth would say, that Barrett can tell her family, “judge not” when confronted with pictures and videos of her explosive exploits. And she issues her rebuke in well-modulated, almost conversational tones.

“When dem [family members] come and seh ‘Lawd! She doing this and she doing that,’ I tell them, ‘If you believe and trust that God is able and that He is God, all-powerful and all-knowing, leave me to Him. When them ready to judge, I say, ‘Don’t judge me. Don’t stress me. Just pray for me because I am praying for me.’ So when people tell my sister the things, all she says now is, ‘Oh my. Leave her to God’,” Barrett shared.