From model to mother to mogul

Vanessa Ford making moves and creating her own balance 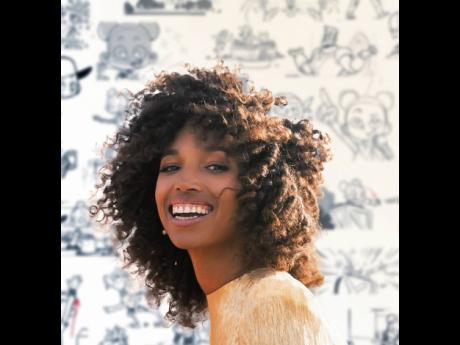 Contributed
Model-turned-mogul Vanessa Ford, has used her education in the sciences to create a narrative-changing series. 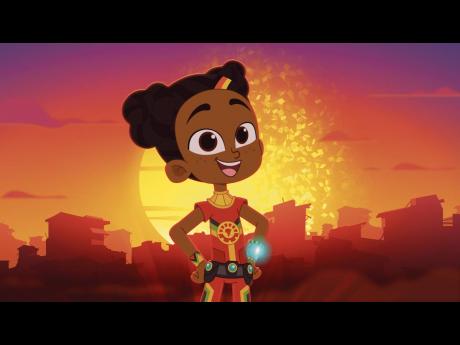 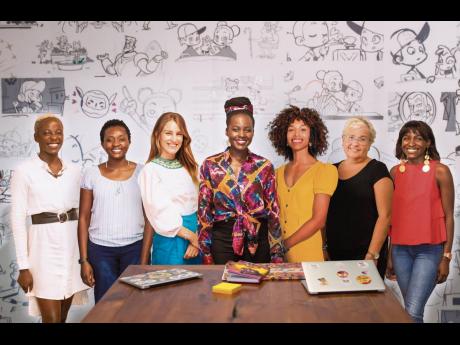 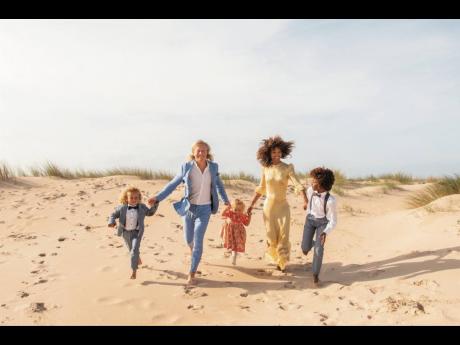 Contributed
Vanessa Ford and her Swedish beau Johan Schiller and their children. 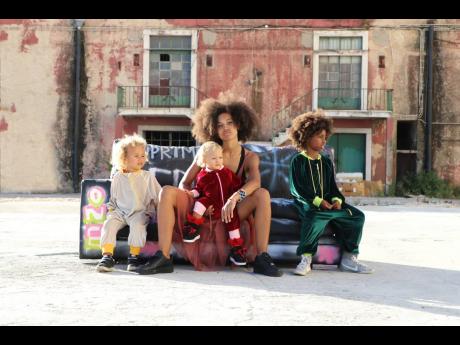 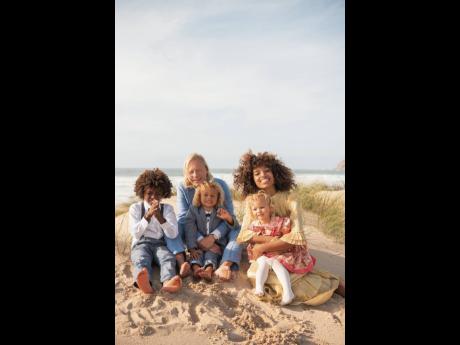 The life of Vanessa Ford is one of adventure. Of Jamaican parentage, and born in Toronto, Canada, this beauty and brains finds herself channelling childhood lessons into her latest project, as she takes on the role of chief operating officer (COO) at Kukua, an edutainment company that is headquartered in Kenya and has been striking gold in international media with its award-winning executive team which is primarily female.

“With meeting Kukua’s founder, Lucrezia Bisignani, I was immediately impressed to learn about their making apps with characters that children were gravitating to. At the time, I was making big Hollywood films, but I was missing the internal aspect of wanting to help people and making the world a better place,” Ford told The Sunday Gleaner.

“Some of the films were having that effect, but I didn’t feel connected the way I ought to. A big pull for me was the opportunity to be involved in a product that was related to the Motherland; for me, it is very moving to find things that empower children, especially through inspiring African and black stories that have characters children could see themselves reflected in,” she continued.

Ford’s professional journey began in the beauty and fashion industry – as a model – when she was 14 years old. She’s been the face of beauty campaigns, walked runways, strutted her stuff in commercials, and played roles in music videos. It has taken her in and around New York, Los Angeles, London and in cities in Canada and Africa – which she fell in love with. “However my mom, being that Jamaican mother, who believed that before pursuing anything else, their child must earn a degree, meant that I would have to find my way back [to] Canada and enrol into university. Modelling afforded me my university education.”

She studied human biology at the University of Toronto and furthered her education at Oxford University in England. Ford’s master’s degree in human and tropical medicine, with a focus on HIV aroused her interest in the impact of the immunodeficiency virus on the indigenous population, and she returned to Africa to start a documentary and practically lived there. She also worked on the Marley Africa Road Trip documentary in South Africa as an assistant producer as one of her first stints in film, “travelling around the African country with Rohan, Stephen and Ziggy Marley on Ducati bikes and carrying on the legacy of their father, Bob Marley’s idea that we are all connected, reminded me how our tiny little island had a big impact.”

“It was in Africa that I got bit by the storytelling bug and how powerful moving images and stories are able to change people’s minds and perceptions along with increasing the understanding of culture. When we were there, a takeaway for me was realising how Africans looked to Jamaica as an extension of their own country. That’s also when I realised that I wanted to do more work in the film world,” said Ford who, after leaving Oxford, worked briefly in consulting and later ended up working for the controversial Weinstein Company.

“I ended up where I am in a roundabout way,” she said, but Ford would not change a thing. She has worked with the likes of Quentin Tarantino and Nicole Kidman, and with her educational background and experience, she is contributing to one of the most promising African companies, which has been forecasted to make a global impact with its productions. Kukua is behind Africa’s first animated child heroine named Super Sema, which “is a story that deserves to be claimed by Jamaica,” suggests Ford and with me, it shows that we are part of bringing the character, whose name in Swahili means to ‘speak up’ to the world. Her co-executive producer is Lupita Nyong’o, who is of Kenyan heritage. The multi-award-winning actress is also starring in the role of Mama Dunia, the tree incarnated as the spirit of Sema’s mother.

Ford, who is married and mother to three young children — two boys and a girl — says that Sema is the type of character she delved into her imagination to create in her childhood years, and the series portrays content she wished she had access to while growing up. Luckily, her children are inspiring her and, in a big way, to give this to present and future generations. The COO has been travelling to and from Nairobi (Kenya’s capital) and Portugal — where she and her family currently resides — to get the project off the ground, and it has been worth it.

She said, “As the woman or mother and wife, my work is not one place while mothering is another place. I also show my team, some who are not mothers as yet, that it does not mean prioritising one over the other. Speaking of juggling my career, to me, that means sharing it all — my children and my partner are supportive. For them, travelling together exposes my children to what it means to be a working mom and why it is important to me. When I had Rio, he became part of my work, and I was fortunate to have the ability to cast him into films I worked on. Of course, I’ll be home late or miss a few dinners, that’s expected, but when I need to, I don’t feel ashamed to ask for help because it takes a village to keep everything going.”