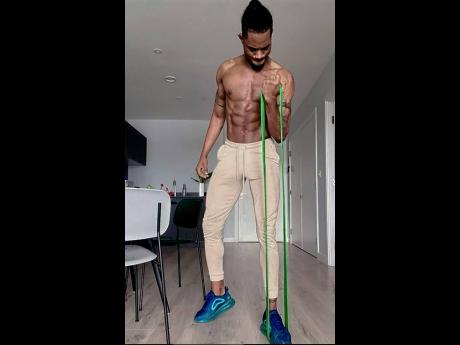 Contributed
In June 2020, Jamaica-born, UK-based singing sensation Dalton Harris revealed a toned and muscular body on social media, sharing that he feels good to be active again. After years of self-doubt and coping with social anxiety, he has found solace in physical fitness. 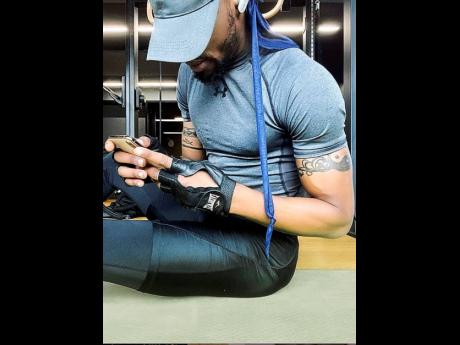 Contributed
Dalton Harris’ physical and mental wellness is a work in progress, and all a result of daily exercise routines, intermittent fasting, and speaking positive affirmations.
1
2

Performers on Broadway, like athletes, face particularly taxing physical demands, thanks to the long hours and the repetitive rehearsals they are tasked with to get their vocals and choreography flawless. The focus is always full-body, shared Dalton Harris, who revealed that he started flexing his muscles, on and off, in the gym in 2019 before the COVID-19 outbreak.

“I don't isolate any muscle group when I work out. I am not a person that lifts for biceps. Instead, I do exercises that are good for the whole body, like an athlete in training,” Harris said in a recent interview with The Gleaner.

However, in 2020, while coming to terms with deep-rooted mental health issues and then sharing personal information about his sexuality on social media, the Jamaican singing sensation stopped focusing on physical fitness, he said.

“My mental health wasn't at its best, that's before coming out — I was a weaker person — that took a toll on me. Eventually, during the pandemic, I took it back up seriously,” Harris shared.

He added, “It is important to stay healthy and flexible on stage and off. I am ready to be on stage because this is the longest I have gone throughout my career, not performing. It feels unnatural, and I have gotten so much better during the pandemic – with my strength, increased to a tenth level.”

For Harris, who recently wrapped shooting Maltby and Shire's Broadway Production of Closer Than Ever for its digital revival this month for the streaming platform, BroadwayHD, he realised the role fitness played in the routine from getting up in the mornings so that he could perform daily. It's how he feels strong mentally and physically, and also how he stays healthy. He says discipline is channelled into his life by physically training his body, and he also sings better when he is in shape.

His exercise routine has developed over the past year. The singer goes to the gym religiously, but he also cycles at least 30 miles a day as part of his fitness routine. Cycling is one of Harris' favourite ways to burn muscle, tone his core, hamstring, calves, quads, back, glutes and forearms, and improve cardiovascular fitness, which is key to him hitting the high notes when performing.

He said, “I have a record time of 27 miles in an hour on my bicycle, and the goal is to go 60 miles in an hour and forty-five minutes. I also have a goal to run 30km in record time. I admit sometimes me cyaa bother either because me tired, but it definitely helps to regulate one's health and personally makes me feel strong to take on anything. All in all, health is what should matter.”

Another revelation Harris made during his interview was that he was not confident about his image while growing up; using the descriptive words “mawga and ugly”, he explained that there is a reason for that belief.

“When I used to attend Kingston College, I would always cover my face. There's a story to it all … true ting … not to dim the mood, I used to walk with a kerchief over my face because when people would see my face, they would tease me, and my body was also very thin,” Harris conveyed, adding in the same breath that “it is a memory that motivates”, to push himself harder. He has not allowed it to limit how far he takes a career in live performance, which requires an entertainer always to show up and show out.

The pandemic being another health concern, Harris says that he and the Broadway cast members anticipate performing Closer Than Ever to a live audience in November after it is first released as the film, “as we can hope by then more people will be vaccinated”.

“I've kept my bubble small in these times, which really wasn't hard for me. Nobody close to me has gotten it [the coronavirus], but I have had people I work with — their family members got the virus — but they weren't physically close to me. In the UK, we don't have a lockdown now. Theatres are open and before there [were] restrictions with seating, like 32 chairs between audience members and so many different showtimes.”

Shifting from the topic of fitness to finance, Harris said that he never speaks about money publicly but stated that, “Whenever I work, it always went back into me – taking care of myself rather than splurging — it is an investment. Always invest and save.

“Right now, I'm grateful that I have food, somewhere to live; I'm healthy, and the people around me are doing all right. I'm just ready to work again. I'm proud of my body of work to date. I also have a lot of musicals and theatre and possibly some touring and also trying to get things in the pipeline, but I have learnt not to share everything,” he continued.