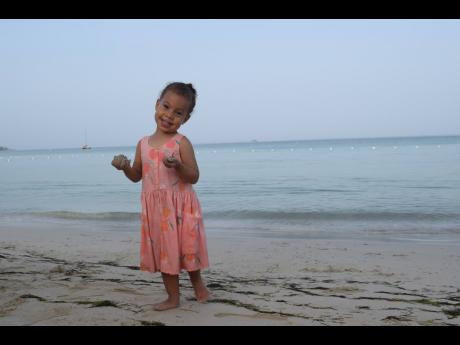 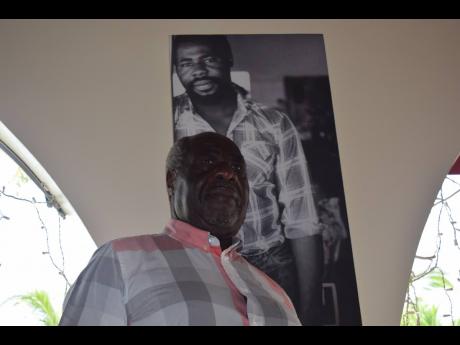 Jamila Litchmore
Asked if there is one thing he wishes for, Daniel Grizzle’s answer was simple. He wishes his wife, Sylvie, was here to see how far Charela Inn has come. 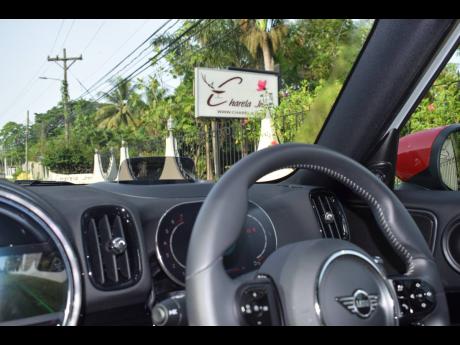 Jamila Litchmore
We packed a MINI Countryman John Cooper Works, courtesy of ATL Autobahn, the official dealer of MINI in Jamaica, and headed to Charela Inn in Negril for the end of the work week. 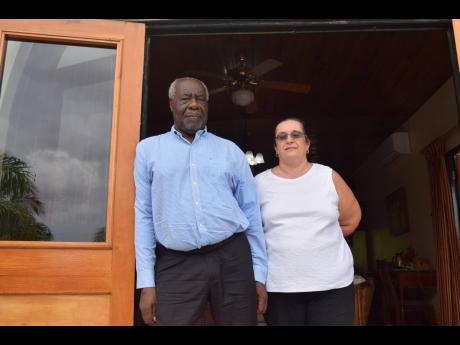 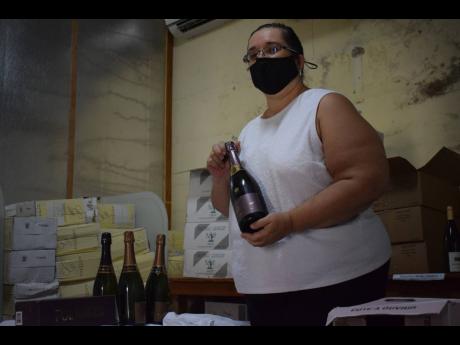 Jamila Litchmore
Sophie Grizzle Roumel holds a bottle of Pol Roger — the famous and exclusive French champagne favoured by the British Royal family — and imported by the Charela Inn. 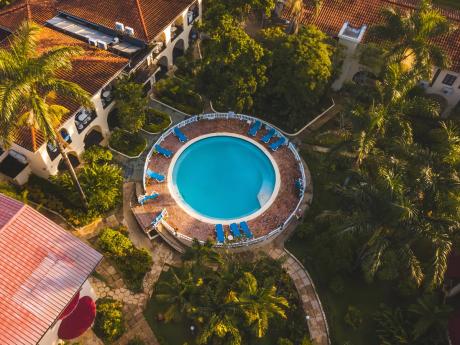 Sheldon Levene
The pool, with its accessible design is central to the layout of the property. 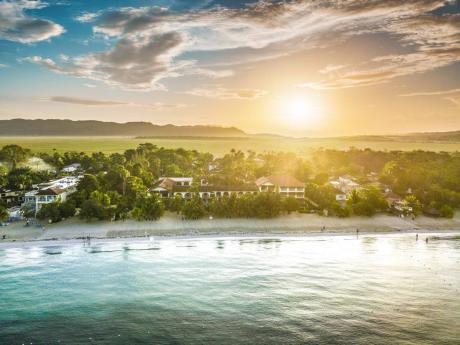 Sheldon Levene
An aerial shot of the Charela Inn, which sits on the iconic seven-mile white sand Negril beach. 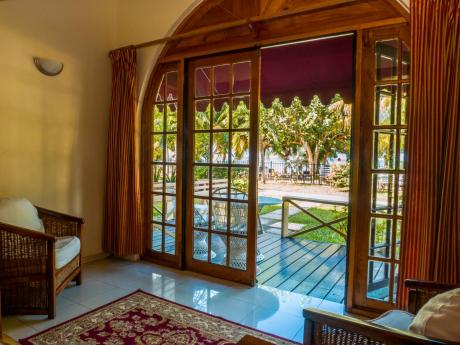 Sheldon Levene
Garden view rooms are much more than line of sight and open right into the greenery of the gardens of the Charela Inn. 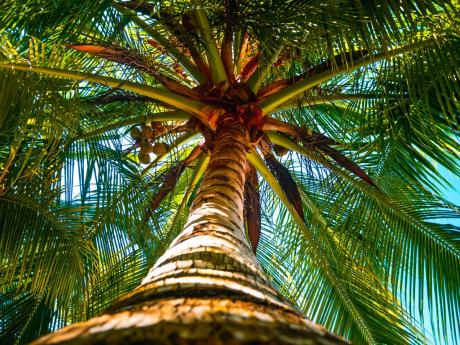 Sheldon Levene
Coconut trees dot the beach and not only help to reduce erosion, but provide refreshing libations for guests. 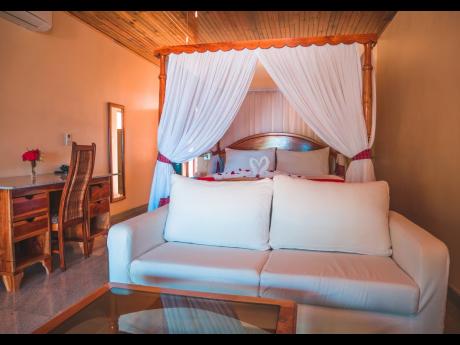 Jamaican Daniel Grizzle first met his late wife Sylvie, then Sylvie Maucorps, at a nightclub in Birmingham when a friend asked him to watch out for her.

“This was the time when mini skirts were the thing,” recounts Grizzle with a laugh, “and she dressed in a very conservative way as if she was an executive in an office rather than somebody in a club.” Grizzle said he spoke with her, and the rest, as they say, was history. When he saw Frenchwoman Sylvie again, three weeks later at another party, it was a no-brainer. He wanted to spend more time with her, and he did. “After we met, after a while, we were living together, and then after a while, we get married,” he shared.

The couple had planned to live in Africa, where Daniel had secured a job, but a letter from his father that he was in ill health and dying changed the couple’s course.

“We arrived in 1970 to look for my father, and I took my wife around, Negril being one of the places,” he said. “She fell in love with the entire Jamaica and says ‘Anything you’re going to Africa to do, you could do it right here’. So, that’s how we wind up coming back to Jamaica... . It was my wife who fell in love with the country. So we came back, and I must say my father didn’t die until 2004. He lived a long, long life.”

Charela Inn was acquired by the Grizzles in 1980 and is a portmanteau of the names of the former owners Charles and Pamela Mucklow, who made a generous deal with the couple, allowing them to pay over three years to acquire the property.

At the new Charela Inn, the restaurant was the first order of business as Sylvie was a great cook.

The couple weren’t strangers to the restaurant business. Before becoming hotel owners, they had purchased a farm and decided to open a deli. The deli eventually became a restaurant, first in a rented home and then on leased property at Mirage (which they now own and run as a guest house), where it was dubbed Cafe Au Lait, and welcomed guests such as Pierre Trudeau, former prime minister of Canada, and a “good friend of Michael Manley” in the 1970s.

Two years after the restaurant was built, the family unit rooms were constructed “and [they] borrowed some more money” to create the property’s 12 sea view rooms, which opened in 1985.

Call it farm-to-construction – it is one of the ways in which Charela Inn and the Grizzle’s Cocoa Farm are deeply interconnected.

The other is through food – and the farm’s provision of farm-to-table fresh ingredients for their French-Jamaican fusion restaurant, Le Vendome. The restaurant gets fruits and provisions such as mangoes and bananas, and fresh cuts of meat, including beef, lamb and goat from the farm. Le Vendome also makes all pastries and desserts served daily, from scratch, from loaves of bread to strudels, ice cream and croissants. It is run by Charmaine Bowen, its “executive chef and chief bottle washer”, who started out as Sylvie’s apprentice at 17, learning her cooking style and is now a director, shareholder and like a second daughter to the Grizzles.

Today, the Charela Inn boasts 59 rooms, up from 10, including family units and rooms for the differently-abled. Upgrades have recently been completed on the junior suites, a placement that’s almost kismet, as they are located on the existing structure of the property where it all began.

Charela Inn’s matriarch, Sylvie, passed away in 2018, but her influence at the property is still strong. “My wife was a great cook and a really hard, strong worker. So, that’s how we [wound] up here. That’s how we wind up to be where we are today. And it’s still her influence around the place; it’s still her,” said Grizzle, who takes a deep breath before adding, “The hotel still reflects part of what she is or what she was.”

Charela Inn has solidified its place on Negril’s famed seven-mile beach and in the hearts of guests, many of whom often return to what feels like less of a hotel and more like an extended family. What makes Charela Inn different? “We try to make it [that] as soon as you walk on the property, you don’t have to guess which country you are in. You’re in Jamaica,” said Grizzle. That makes protecting the indelible coast a high priority for the property. Charela Inn is big on protecting the environment, still maintaining its line of demarcation with the coastline, following the rule that “you should not build closer than 150 feet from the sea”. “Those old-time people, they know the movement of the sea, and they know there are times when the sea comes all the way up,” said Grizzle. In lieu of sun umbrellas, coconut trees dot the coastline and provide natural shade and libations for guests, a fact Grizzle is proud of. The tourism stalwart has given years of service to the industry, and on August 6, he was inducted into the Order of Distinction for his contributions.

So, what does the future of Charela Inn look like? They aren’t ready to pop the Pol Roger, the famous French champagne Winston Churchill and the British Royal family fancy, just yet. “At 78, I can’t talk much about the future, can I? You better ask Sophie,” said Grizzle, referring us to his daughter who sits close beside him.

“Well, it’s very difficult,” says Sophie Grizzle Roumel, “because my parents had it lucky because I ended up in the same business as them, and they felt that there was some continuity. I have two sons, and Charmaine has a daughter; we’re still hoping that one of them will be interested in the business. All three of them are very capable.”

LOVE OF A LIFETIME

Asked if there is one thing he wishes for, Grizzle’s answer was simple. It’s that his wife, Sylvie, was here to see it all. “My only really big regret is that she (Sylvie) had to leave, just when we’ve got it all together, the finished product. She didn’t get to enjoy it as long as I have,” he said.

Charela Inn is located on Norman Manley Boulevard in Negril. For more information, call 876-957-4648 or visit www.charelainn.com or @charelainn on Instagram.