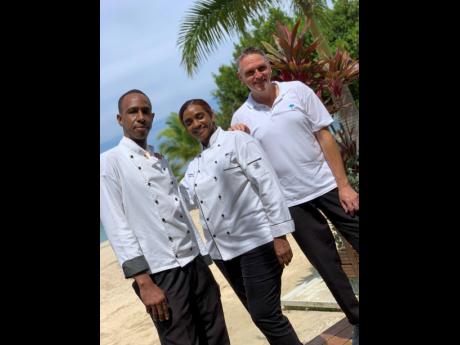 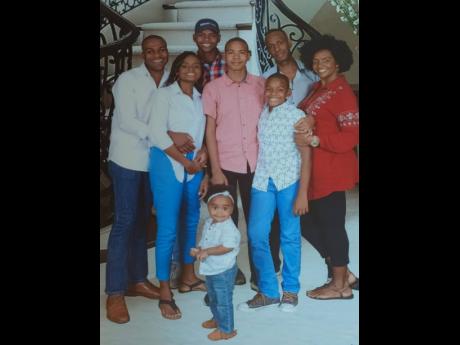 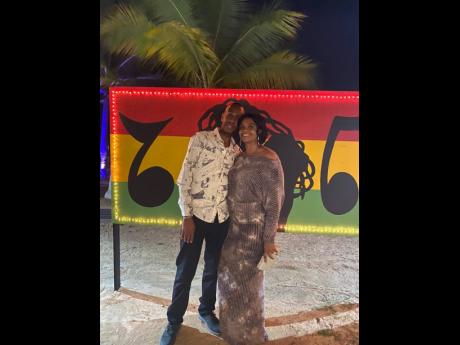 Contributed
Andre (left) and Simone Campbell, who met in 2002 at Couples Negril, him being a junior sous chef, and she a line-staff waitress, tied the knot eight years later and are now executive chefs at Couples Negril and Swept Away, respectively.
1
2
3

THE GOURMET dishes which seamlessly flowed out of Swept Away and Couples Negril’s kitchens last weekend, during the resorts’ two-night 23rd anniversary celebrations, each had a special touch – a 21-year love affair of which 11 have been marital bliss.

As if straight out of a Lifetime or Hallmark movie, Andre and Simone Campbell, who met in 2002 at Couples Negril, him being a junior sous chef, and she a line-staff waitress, tied the knot eight years later and are now executive chefs at Couples Negril and Swept Away, respectively.

Together, the Couples power couple have a combined 13 years as executive chefs between them, heading staffs of approximately 170 team members while juggling their roles of mom and pop to four children, ages 13-27.

“We have great kids,” said Simone, who, in 2017 became the first Jamaican female executive chef of a major local all-inclusive chain, managing in excess of 90 team members spread across six restaurants at the 312-room Swept Away, which hosted Friday night’s celebrations, an all-white affair.

“Sometimes, when we leave work, we don’t get to bed until 1 a.m., after looking over the homework. I remember being in the garden picking flowers at midnight to ensure a project was completed by morning,” she added.

24 YEARS IN THE INDUSTRY

Andre, who has been executive chef at Couples Negril since 2012, starting at Couples Sans Souci as a trainee in 2002, credits Simone for being involved in the industry for 24 years.

“What makes it work for us is that she understands the level of commitment that has to be shared between the two families, home and work,” he said, pointing to the age cohort of team members they train and manage due to high turnover numbers caused by the COVID-19 shutdown of the tourism sector.

Andre explained that since reopening under COVID-19 protocols, the guest numbers might be lower, but more team members are actually needed, especially line workers.

“There is no buffet, so each station has to be manned in addition to your regular waiters and waitresses,” he pointed out.

“COVID definitely has a major impact because people moved on to other things. At Couples Negril, I lost more than 20 senior staff, which has me on a retraining programme now, plus other staff are juggling two and three jobs because they can’t abandon what they started doing during the shutdown,” a situation which can be tricky with scheduling.

However, the Campbells have been more than happy to impart the knowledge and experience they’ve garnered from a combined 45 years of working at Couples. What drives them is the professional success they have achieved as Jamaicans, which they hope others will aspire to.

The guiding philosophy of Corporate Executive Chef Stefan Spath paved the way for Andre and Simone to buck the trend of foreign nationals heading the kitchens of major Jamaican resorts.

Spath, a German, now naturalised Jamaican, not only promotes local produce on all the menus at the four Couples properties, he believes in pushing homegrown talent such as Andre and Simone to the fore.

“We have a lot of young people. We’re hiring again. We have about three hundred cooks and chefs among the four properties, trainees 18-20 years old. Our four executive chefs are all in-house. Only the Asian restaurants’ chefs are ex-pats, just to keep the authenticity, but their assistants are all locals,” he pointed out.

“When they realise they can work hard and achieve, not just working, it says a lot. There is a belief that once they are determined, they will not be suppressed, even more so the girls who I lead,” she said.

Andre said Spath’s lead was endorsed by Couples’ chairman, Lee Issa, who he said has been “very supportive” in promoting locals.

Any budding chef among the Campbells’ brood?

“The 17-year-old is enrolled at Western Hospitality Institute, pursuing a degree in culinary chef management, and should head off to Hocking College (Ohio, United States) in January,” the couple beamed in unison.