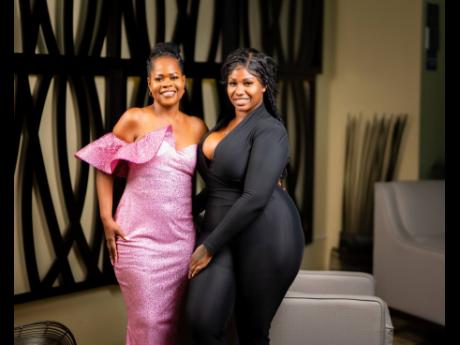 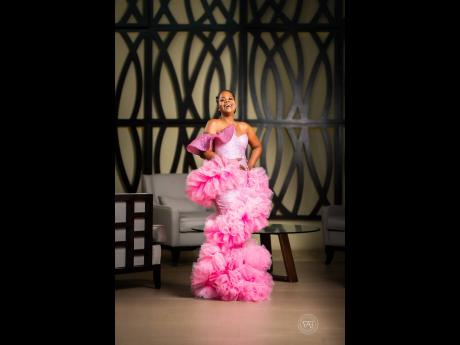 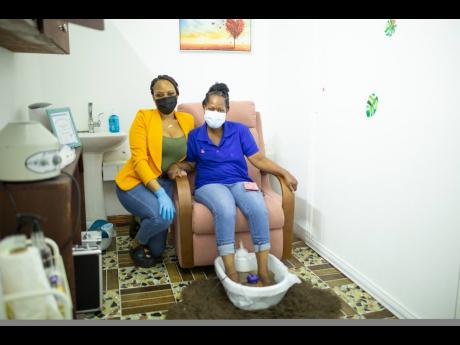 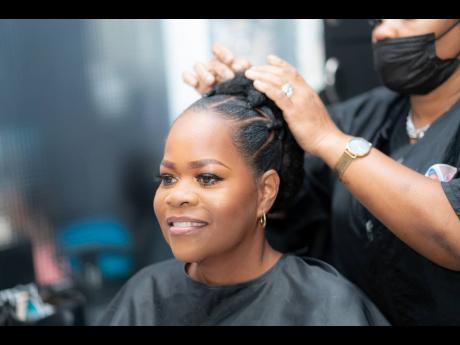 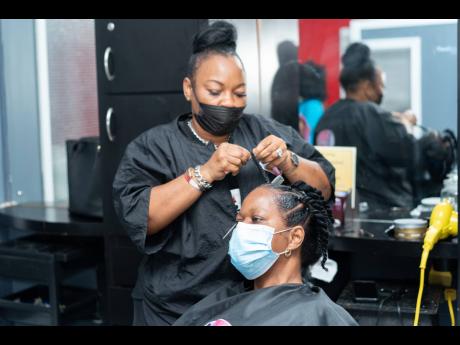 You are bigger than the big 'C'. This is the inspiring and heart-warming message from breast cancer survivor, Nerece Hinds Wilson. The beauty was recently honoured in a campaign intended to spread awareness of this life-changing disease and provide hope to those who endure the fight.

This moving initiative is the brainchild of Shari Ruddock, who sprung into action this year, following what she calls a great urge from God to act with purpose and bring about change in a unique way. "The idea grew in my mind for several months. I pushed it aside, but it persisted, as if God was nudging me to speak this message," Ruddock told Lifestyle. She understands that when anyone is faced with a disease of this magnitude, it is easy to lose yourself, paying little to no attention to physical appearance, because it's no longer deemed as important.

Although breast cancer isn't personal to Ruddock, she has experience with cancer through family members who have battled the disease. "I have seen how the diagnosis has made patients neglect their physical appearance," she said.

Replaying the idea over and over in her mind, she sought advice from family. It is common, when making decisions on a spiritual level, for her to turn to her wise aunt, a deaconess, for assistance. She was elated about her niece's idea and revealed that her church sister, Hinds Wilson, would be an ideal recipient since she was a breast cancer survivor for many years.

With that support, she followed her gut, and, enlisting a specialised team of experts, built a campaign around the theme 'Do not lose yourself'. Hinds Wilson was treated to a day of pampering and luxury at the Courtyard Marriott. Inclusive of nails, hair and make-up services, she was afforded the delightful opportunity to explore her glamorous side in a beautiful pink dress in a professional photo shoot.

Fernandez Barrett of F.A.B. Photography jumped on board after hearing about the initiative. The topic remains close and dear to his heart because he has family members who have won and lost the cancer fight.

The day of the shoot, October 11, was quite a happy one, according to Ruddock. Everyone's energy was extremely positive, with excitement erupting after meeting and celebrating Hinds Wilson, who remained calm throughout the morning, seemingly soaking it all in. The breast cancer survivor was diagnosed with invasive ductal carcinoma on August 7, 2008. After the initial shock of the news wore off, she began drawing on faith and was grateful for the support she received from her husband, family members, friends, and church family, who made sure she didn't have a chance to worry.

But the treatment wasn't easy. Though a distant memory, she recalled when one of the treatments made her nose burn, and she was unable to open her eyes. Three days after the treatment, she would feel like someone was pressing her head in the bed when she woke up in the morning. There was no appetite, constant nausea, and everything tasted like cardboard. "I turned black all over; my complexion, my finger and toenails, my palms, and the soles of my feet. I even had black spots on my tongue. I lost all my hair, which grew back white," she recalled.

Having done a PET scan in 2012, which resulted in no evidence of cancer, she was overjoyed with the report. "I had a couple scares along the way, and as one doctor had stated, it was 'very bad'. I can truly say Doctor God did His thing one more time," she shared.

When she received the call from Ruddock to be a part of her breast cancer awareness campaign, she was surprised and excited for the day. "Having met Shari, I can tell she has a genuine love for what she does; she also possesses the knack for bringing out the best. She did that with me; she did not hesitate in meeting me. She accepted me immediately and made me feel like her designs were for me, and me alone. I'm honoured," Hinds Wilson added.