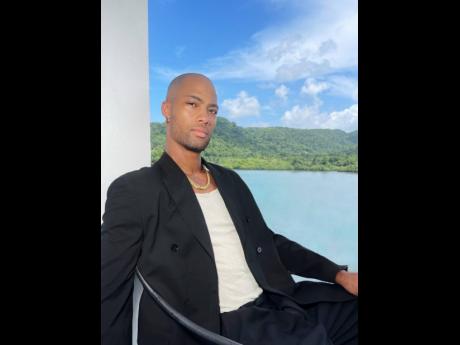 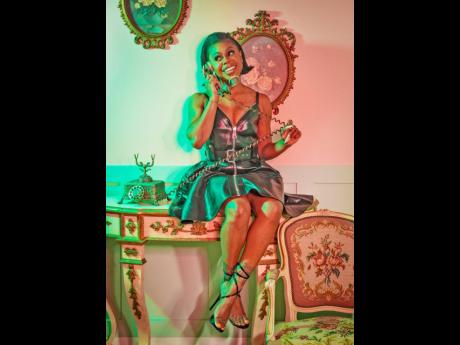 Ricardo Nelson
We have nothing but ‘telephone love’ for American actress, Gail Bean. 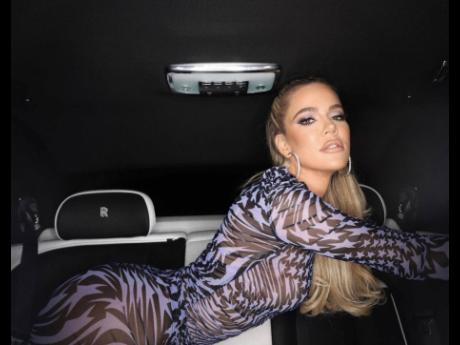 Ricardo Nelson
It was all animal instinct for Khloe Kardashian, who embraces a superstar role in front of Nelson’s lens. 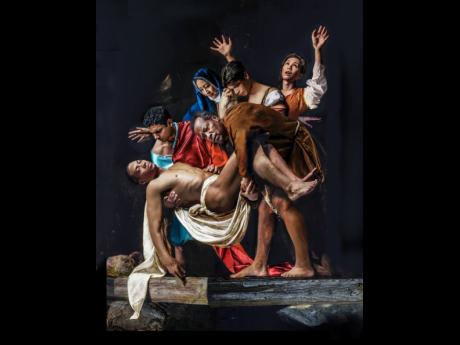 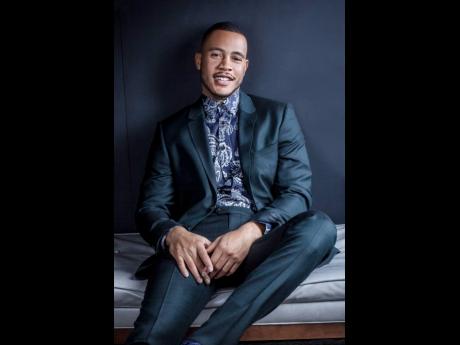 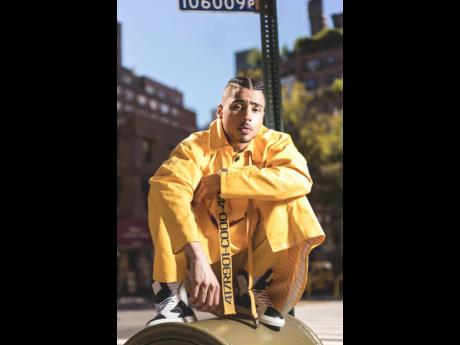 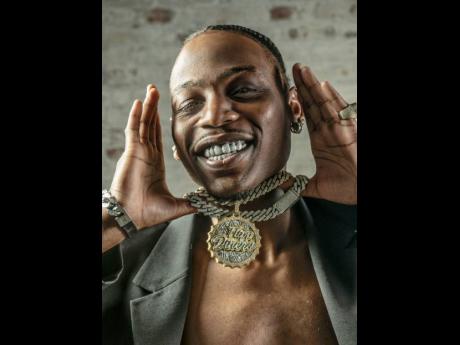 Ricardo Nelson
American rapper, Flipp Dinero, shows off his bling for the camera. 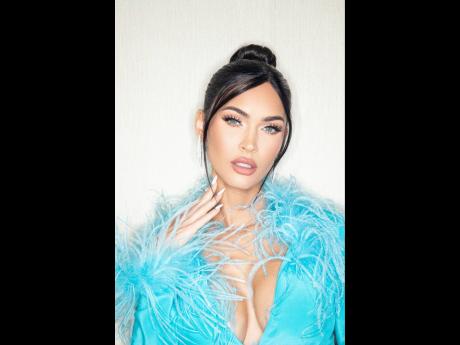 The late National Hero Marcus Garvey once wrote, “A people without knowledge of their history, origin, and culture is like a tree without roots.” Ricardo Horatio Nelson chose to lead his life by that rubric. The Jamaica-born-and-raised photographer has made his mark overseas.

“I shoot everything from fine art, street photography, and still life to beauty, landscapes, and fashion. But I really thrive within the realm of fashion portraiture,” Nelson told The Sunday Gleaner, noting that he is a collaborator first and foremost who has had the distinguished honour of working with world-class artists, creatives and talent.

The professional has had celebrity A-Listers such as Khloe Kardashian and Megan Fox as two of his clients this year, working with them alongside his great friend and collaborator Andrew Fitzsimons. “Those were momentous,” he reflected. He also did a shoot two months ago with American actress Gail Bean from the series P-Valley and noted the significance of the occasion. “That was an all-African American production. It was incredible, exciting, and gave me chills every time I looked on the screen,” said Nelson.

While his A-list work has certainly put his name out there, it was a behind-the-scenes shoot that placed Nelson on the map. “Years ago, I did a shoot for OUT Magazine titled “Meet the Team Behind Beyoncé”, where I got to go to their office in Times Square with my editor, Greg Gary, and shoot the team behind one of her albums. That’s the moment I felt legitimised as a working artist,” he shared.

Vineyard Town in Mountain View, Kingston, was the photographer’s first home. Raised by what he describes as an eccentric matriarchal family, he was always grateful that they supported his pure love for books and nature.

Nelson then moved to Hellshire. And it was a dream come true for the teenager, who got an even bigger taste of freedom. I had the ability to go from bush to beach as well as the caves and just be out late during the summers like leggo beast with my friends.”

However, he recalled days that he felt like the odd man out. “The truth is, growing up, I always felt like a bit of an outsider because of my sexuality. This created an element of double consciousness from me projecting one persona to the outside world while having to hide who I truly was within.”

On the academic side, his family ensured that his brain was nurtured, but this clashed with anything creative. Going to an academically competitive secondary school, he struggled to keep his head above water. “I always felt insecure about my intelligence. Something didn’t click when it came to school work, and everyone around me seemed to be a prodigy of sorts.”

Despite these odds, he attended and completed his degree at The University of the West Indies, Mona campus. The then 22-year-old migrated to the Big Apple to embark on a new journey. For him, the move was the scariest decision he had ever made but also one of the most rewarding.

“I’m so glad that my mother, Andrea Tingling, made this happen for me. She understood that I was queer way before I did and that I needed [to] be out of the country in order to learn and grow and be free in the way that I deserved. And she took the steps to make that happen well before I was even aware that that was something that I needed,” he revealed.

He was also thankful that he could have a creative and logical approach to life and work. A real estate agent by day, he spent his free time on his first smartphone, capturing images of people and places and sharing the pictures on social media. His friends would leave positive comments, encouraging him to get a professional camera and pursue a career in the field. Oh, how happy he is that he listened.

When he saved enough money, he invested in getting film and cameras. Nelson also took courses at the International Center of Photography. His first unofficial gig sealed the deal, and he was on the fast track to fulfilling his dreams. He even ventured into videography after falling in love with having a new perspective on storytelling.

The freelancer admitted that the crossover from hobby to profession was nerve-wracking. But he could not deny his creative calling.

“I remember thinking that if I didn’t take the chance and do what I love for a living, then I would be living for others instead of myself, to the detriment of my own happiness and fulfilment. So I took that step, and I haven’t looked back since,” he shared.

Patience and fortitude have got him through the tears caused by low bank balances. Being isolated from loved ones in Los Angeles only exacerbated matters, and he found himself in the midst of a challenging period. He has since learned to sustain his life as a working artist, jotting down all the lessons taught.

What drives him in this industry is the opportunity it creates to learn new things and meet new people, “There’s a certain spark that comes with watching people who are good at what they do, and now I’m in the phase where I want to share the little knowledge I have to make the path to a viable career a little bit easier.”

Referring to himself as someone who was once in exile, he returned home recently and was heartened by the positive shift in regards to the openness of the Jamaican society.

Nelson is currently working on a book designed to juxtapose the Jamaican and Irish stories of the two post-colonial countries. To execute this, he has joined forces with his friend and frequent collaborator, Andrew Fitzsimons. The goal is to utilise art and artifice to foster community relations and create a safe and nurturing environment for the youths to enjoy.

When it comes to videography: “I hope to use the moving image as a way to convey a message of hope, inspiration and empathy, and I’m so excited to learn the skills and work with the other amazing Jamaican creatives out there. I need to make that happen.”