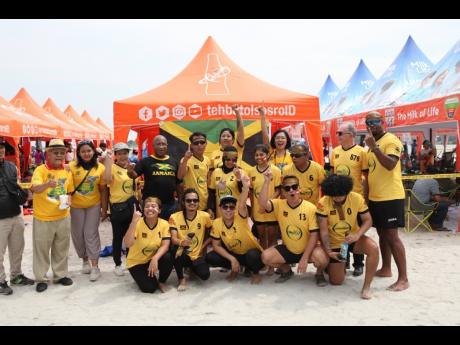 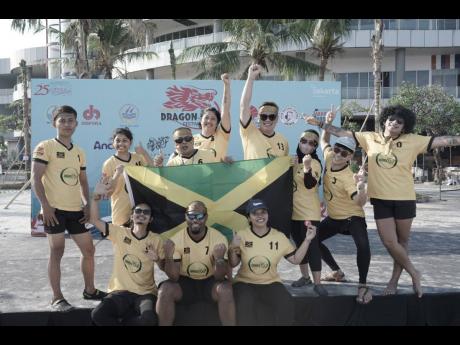 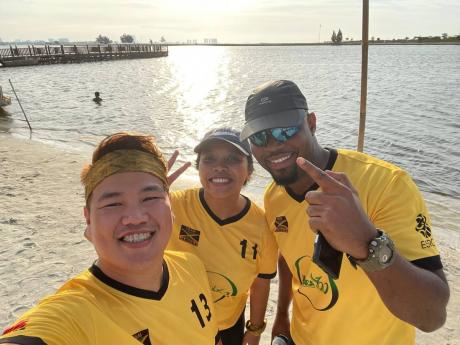 Danikee Knight moved to Indonesia in May to support his wife and children. Describing the move as a journey and adventure of a lifetime, it was not long before Knight was called to do something he never thought he would do. After spending just a few weeks in his new home country and having no experience in paddle boarding, Knight took on the challenge of assembling and captaining the Jamaican team that would enter the Jakarta Dragon Boat Competition.

“It’s called dragon boat. And so paddling was drawn to my attention because in 2017 there was a Jamaican team that was created to participate in the Jakarta Dragon Boat Festival. That team was created by Professor Michael Morrison, who now lives in Bali. Before I came here, I made contact with the professor, and as soon I got here about two weeks in, he mentioned: ‘We have a competition that we entered a Jamaican team a couple years ago. [We] had to put it aside because of COVID [and] it has been reignited’,” the Calabar High School graduate stated.

In light of the fact that there was wide cultural representation of Jamaicans in Indonesia, Morrison took a leap of faith and entrusted Knight with the responsibility of captaining the team. Being open minded but having no knowledge of what the sport was, Knight pursed his new responsibility of team captain. Despite his initial reservations to partake in the sport, he saw it as an opportunity to learn more about the Eastern culture and sport as well as bond with the community.

“When I started with the training sessions, I got there and I was introduced immediately to the teams as the captain of the Jamaica Dragon Boat Team. From that session we did, they allowed persons from all different walks of life, persons from Hong Kong, persons from Germany, persons from South Africa, all in one boat. They conducted the session with instructors from their marine and military and gathered people and [laugh] the techniques on how to do the paddling,” Knight, who was born and raised in Seaview Gardens, told Living.

His mission to assemble a team that would be committed to representing Jamaica in the competition was not easy. However, with support and determination, he pressed on. “Persons who may have been interested in paddling, they were introduced to us, and so once it was that we were able to identify the number of persons who were needed on the boat, I started galvanising training sessions and invited the team to my home. I have a pool in my backyard, and we would get some instructors from the Jakarta Paddle Club, and they would come here and teach us the technique,” he shared.

In an effort to contradict the doubts of people who saw this mission as impossible, Knight persevered, and with great hope, brought his team forward to the competition to execute under the name of Team Jamaica. Not only did he want to honour the team that once partook in the event, but he also wanted to honour Jamaica’s diamond jubilee.

“So when I showed up with more people than myself, people started taking us way more serious. I had persons originally trying to recruit me to come on the other Jakarta teams that were there. I was adamant that Jamaica is celebrating 60 years of Independence. Whatever we need to do to get that out there a little more, especially on this side of the world, I was going to do that. So I turned down offers, and I decided that I was going to build our own team,” Knight shared.

During their time of preparation, the team got the support and sponsorship of Red Stripe. This created an avenue for the team to pay for sessions and acquire all the equipment that they would need. “We got the approval of the ambassador in Tokyo, Japan, to use the Jamaica 60 logo on the jerseys that we were making. When we got that it was way more official than how we had had it,” he told The Gleaner.

The committed team of culturally diverse individuals showed up and showed out on the competition stage. “It was very evident that we had persons who were very much supportive of Jamaica, who had Jamaica’s interest at heart and so the motto ‘Out of many, one people’, really represents how we see ourselves on the national stage,” he shared.

After only two months of practice, the Jamaica team competed excellently in the Jakarta competition and made their way up to the semi-finals. “Unfortunately, we did not make it past the semi-finals, but we outdid ourselves. We made a record for ourselves. It was a very popular scene for us.”

As of right now, Knight is working to prepare his team for their return at the next staging of the Jakarta Dragon Boat Competition. “I definitely know for a fact that the team is ready and rearing to go. There are more competitions coming up, and we are looking forward to that. We definitely will be at next year’s staging as well.” He is also working with Red Stripe to figure out ways to replicate the water sport in Jamaica.