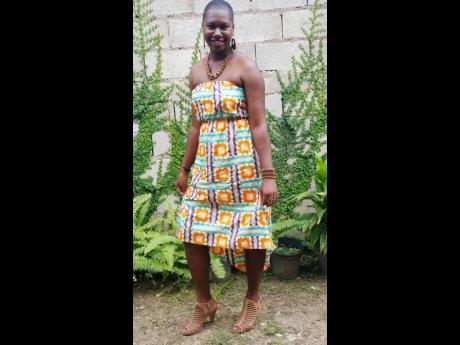 Contributed
Stevenson loves to reconnect with nature and she hopes that she can beat her diagnosis a second time around. 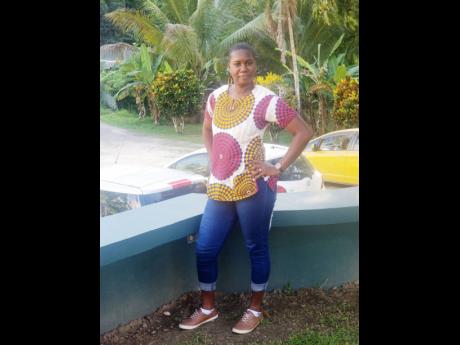 Contributed
Because she learned of the reason for her sickness at such a young age, she is encouraging others to screen for breast cancer as early as possible. 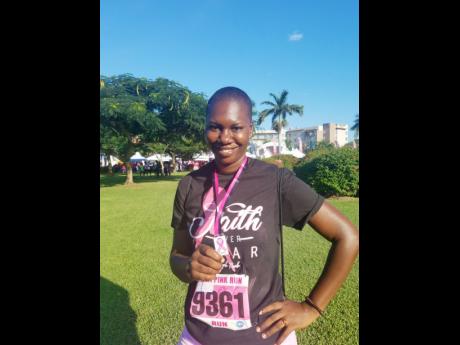 Contributed
Phyllis Kayceia Stevenson participating at the Sigma Run in 2018. She shares her unique journey about being diagnosed with breast cancer in 2017 and the illness making an unwelcoming return in 2020.
1
2
3

Phyllis Kayceia Stevenson found herself in the darkest place when she made a startling discovery: she was diagnosed with inflammatory breast cancer. Her initial diagnosis, stage three, released the inner fighter in her. She went into remission, but the battle would not be over. Now that she is going through breast cancer combat for a second time, she remains hopeful that despite the resistance, she will finally beat the odds.

“I was getting ill often, suffering from extreme fatigue and bodily pains, including my breast. I thought nothing of it at first. But when it started affecting work, I decided to get it checked out. I discovered that I had breast cancer through a biopsy,” she told The Gleaner.

Stevenson was first diagnosed in 2017 at the age of 26, then re-diagnosed in 2020 at 30 years old. Her primary response was one of shock. To be honest, she has yet to recover from that life-changing news. “In retrospect, prior to the detection, I was happy, very excited to execute my dreams and goals,” she said. Not only did she become clinically depressed, treatment was so rough that her approach to chemotherapy landed her in the hospital.

This move towards progress opened a gateway to financial woes, due to exorbitant bills. However, her main concern tackled the mental mindset and had more to do with the absence of emotional support.

“I am not close with my birth family due to trauma and sexual abuse, as a child. So, I’ve had to push through solo. I have a few friends who have become family and I am forever grateful. I am still struggling with that because my independence means a lot to me. But my number one [problem] has been asking for help,” she revealed, doing her best to fight back the tears.

In order to cope through this traumatic ordeal, she tries to stay as close to nature as possible. She also keeps in good spirits by speaking to both men and women who have beaten cancer. Their stories have been nothing short of motivating.

“I am thankful for my small circle who wants to see me make it to the other side even when I have lost interest,” she added. And although her mother is now deceased, she stands at the core of her why: her reason for getting up every day and trying to push through.

With the promise to live life to the fullest and be present in cherished moments, Stevenson hopes that others walking in similar shoes will learn to appreciate this precious gift. “Be patient with yourself. It is extremely difficult, so process first and then plan. If you try to find emotional support, follow your doctor’s instructions, do your own research as well and you reduce your stress, you will overcome it,” she advises.

Moving forward, she hopes to press play on her life again. “It has been on pause since that first diagnosis. I want to breathe, live and feel like myself again.” One way she is looking to make a return to her true self, while spreading awareness and raising necessary funds towards treatment, is by hosting her very own sip and paint event at Hope Gardens in Kingston. “I collaborated with an artist named Abra. It was postponed due to the inclement weather. The new date is October 21.”

On an important note, as someone who got wind of her breast cancer at a young age, Stevenson is encouraging others to screen as early and as soon as they can. “It is very important to screen early. If you can afford it privately before the designated age, do it.”