Crime down in Clarendon 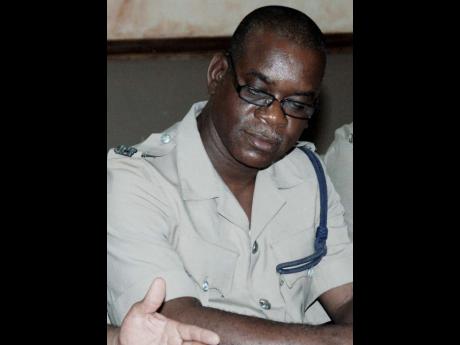 THE CLARENDON police say community policing is one of the main reasons for the decline in crime in the parish.

The latest crime statistics show that crime in Clarendon has declined by 27 per cent. For the period January 1 to October 4 this year, the parish recorded 68 murders, which is 28 fewer than the 96 recorded for the corresponding period last year.

Senior Superintendent of Police in charge of Clarendon Maurice Robinson said while the crime is not where he wants it to be, it is at a tolerable level for now.

"I want to emphasise that crime in Clarendon is at an acceptable level, but it's still a work in progress. We are not at the point yet where I would say there is a decrease in the crime because there are still three months left in the year, and a lot of things could happen within that time. However, we are happy, we are focused and we are determined to continue our fight against crime in this parish," SSP Robinson told The Gleaner on Monday.

He added that the divisional management team devised and implemented a number of strategies which contributed to the decline.

While SSP Robinson did not divulge the intricacies of the methods, he said community-based policing has reaped success, noting that a lot of effort was placed on enhancing the relationship between the members of the public and the police.

Peace marches and tours in several usually volatile areas, such as York Town, Juno Crescent and Canaan Heights, have also helped to significantly reduce crime in these communities.

SSP Robinson said despite having limited resources, the division managed to strategise, prioritise and redeploy the available resources on a daily basis to put up a fight against crime in Clarendon. He said the Clarendon Highway Patrol, too, is very effective. It has seized several illegal weapons and illicit drugs.

According to the commanding officer, the crime-fighting efforts of the Clarendon Police Division was dealt a severe blow as a result of the 'Death Squad' allegations earlier this year. He said it affected the force negatively, but with weekly visits from Assistant Commissioner of Police Derrick Knight, three visits from former commissioner Owen Ellington and Minister of National Security Peter Bunting, the members of the division were able to regroup, and redouble their efforts to bring about a decline in crime in the parish.

Superintendent Carol McKenzie, operations officer, said police have been occupying well-known hotspots on foot patrol as well as mobile patrols to stem crime in those areas.

Going forward, SSP Robinson said the police will be targeting the young people through the Community Safety and Security Branch to prevent them from getting into gangs, noting that this method is expected to ease the burden of crime in the long term. For now, he said, there will be an enhanced police presence, especially in the business communities.