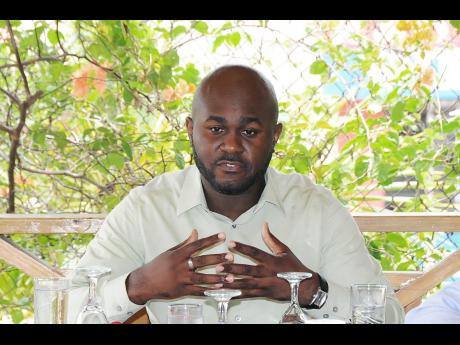 The Social Development Commission (SDC) in St Elizabeth is claiming success in its Local Economic Development Support Programme in Junction and Santa Cruz, where farmers have begun an entrepreneurial project, which has spurred economic activity and created employment.

Alrick Miller, the SDC's parish manager for St Elizabeth, says the programme was introduced with specific objectives, including facilitating the emergence of new businesses at the community level, the expansion of existing businesses and increasing employment and job creation.

"One of the successful projects which has emerged from the programme is the Southfield farmers, who have an excellent greenhouse, where they cultivate sweet peppers which are sold locally to restaurants and also outside the parish to supermarkets," said Miller, while speaking at last Thursday's Gleaner 'Job Creation, Investment and Growth Forum' in Junction. "The greenhouse employs 12 persons and the farmers are now hoping to expand their business."

According to Miller, the programme is targeting mainly community groups as individuals would not be able to access direct funding from financial institutions based on the structure of the programme.

"The Southfield Farmers Group has received sponsorship from the Jamaica Social Investment Fund (JSIF) and the Rural Economic Development Initiative in the Ministry of Local Government, while the SDC has been working with them in capacity building and the formulation of a business plan to facilitate future expansion," said Miller.

Miller also indicated that, through a series of business fairs hosted by the SDC, the Lower Prosper Greenhouse project, which is managed by the Bright River Cooperative Group, was established in Santa Cruz. They cultivate organic hot pepper seedlings.

"This is a smaller group and employs six persons directly," said Miller. "The project also received sponsorship from JSIF as the SDC can only help to develop their business plans and provide access to the agencies that can actually provide a capital outlay to develop and implement their projects."

Miller said the SDC would be undertaking a series of local economic initiatives over the next month, targeting 20 other communities by hosting a series of business fairs which are designed to engage community groups in a process that will allow then to interface with representatives from Jamaica Business Development Corporation, Tax Administration Jamaica and other agencies.

"We are doing a number of things to include capacity building. They need capacity to put ideas into plans and the business models have to be sustainable and viable," said Miller. "Secondly, leadership development is essential for the scale of the local economic development and will involve coaching and project writing and effective communication. We are very key on that. Also, putting together grant proposal and grant funding and to network with non-state actors and even ministry departments and agencies, which can can assist them."

Richard Parchment, the member of parliament for South East St Elizabeth, has commended the SDC for the work it has been doing to spur economic and social development at the community level.

"The SDC has been doing a good job because it is difficult to access funds for the project, especially at the individual level," said Parchment. "But the SDC has been able to facilitate this process, where more community groups are now able to link with the various agencies that have the funds."