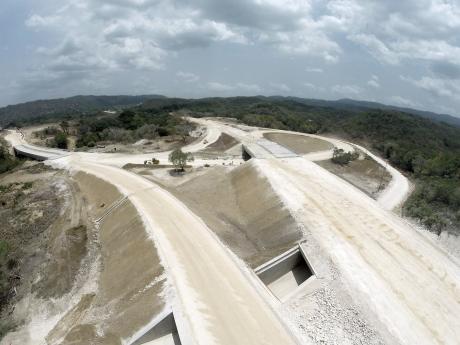 Aerial images captured using The Gleaner's drone of the work underway at the North-South leg of Highway 2000. 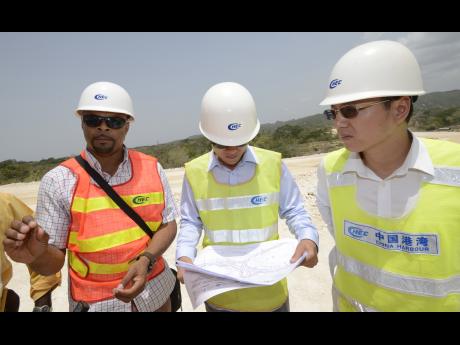 Despite work stoppages by some of its local workers and thieves targeting its operation, China Harbour Engineering Company (CHEC) is still gung-ho about the performance of its Jamaican employees and confident that they will ensure that the North-South Highway is completed on time.

Jin Fu Zhu, deputy project manager of the North-South highway project, says he has been impressed with the work ethic displayed by the local workers since he came to the island in 2010.

"When I came here, I found that Jamaicans work very diligently, they are honest and friendly and despite the language barriers very easy to communicate with," said Zhu who said he had worked with CHEC for more than 16 years before coming to Jamaica.

"When we teach them something they learn very fast, during construction of the roadway we show them a number of different techniques in building that we use in China that some may have never seen before, but they have picked up very quickly and we are happy to have them," added Zhu.

The CHEC official was particularly grateful for the efforts of the local labourers after an exodus of Chinese labourers following the robbery of more than $2 million of the company's money in St Catherine in October 2014.

Zhu said this robbery, as well as other acts of violence against the company, drove fear into most of the Chinese labourers who were working on the highway project.

concerned about their safety and were worried that security could not guarantee that they would be safe while working, so some of them went back to China because they were afraid, said Zhu.

He said increased police patrols since the 2014 incident have made the work sites safer for all workers.

Zhu noted that local professionals are essential parts of the senior technical team working on the highway as he introduced Ryan Smith, quality assurance and quality control engineer manager for the project.

Smith, who has been employed to CHEC for more than five years, underscored the hard work done by the large local labour force as he argued that the wealth of experiences gained by Jamaicans working on the highway project could not be overlooked.

"The learning potential from a massive project like this is an excellent experience, because as an engineer at university you hear about precast and post tensioning and you see it in the classroom and in the books, but to see the actual thing coming together happening in Jamaica is exceptional," said Smith.

He pointed to the Black River Bridge which forms part of the Bog Walk to Linstead exchange and was constructed by a process known as 'post tensioning of T-beam bridge construction', which Smith said, could be replicated by local engineers on other projects on the island.

"The fact is the Chinese have brought their own expertise and technologies which they have shared openly, and if you notice you will see that it is local foremen who did the precast T-beams because our locals have caught on very quickly, and so in a country like Jamaica with so many rivers and bridges, many of which are in desperate need of repair, this skill will come in very handy to our country's development."

Simpson was also full of praise for the labourers who form the core of the workforce seen completing work on the highway.

"You will notice that there are only a few Chinese as it is locals doing most of the finishing works, such as masons and concrete pourers, and I am very proud of them because we have achieved a lot despite the challenges and we did it by working together," said Smith as he showed our news team the partially done Treadways Toll Plaza.

The North-South highway, which is scheduled to be completed by 2016, will run from the Caymanas area of St Catherine and culminate at Mammee Bay in St Ann at a cost of US$720 million.