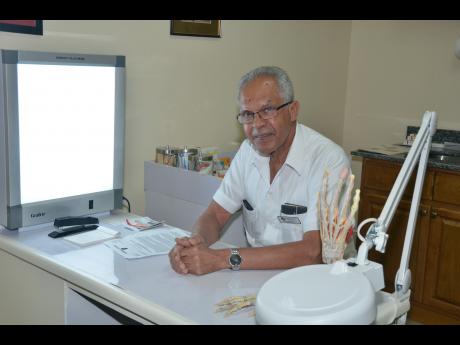 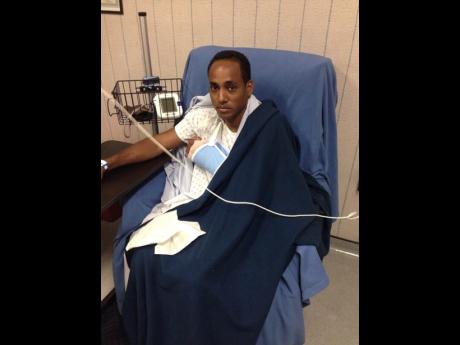 Western Jamaica is now home to the state-of-the-art Carnegie Hand Institute and Surgery Centre, the first of its kind in the country.

The medical and training facility, operated by Dr Cecil Aird, was named in honour of one of Jamaica's top physicians and surgeons of the 20th century, Alfred Carnegie. The centre is located at Whitter Village in Rose Hall, St James.

Aird, who spent the last 25 years in Tampa, Florida, pioneering that city's first certified hand centre, was born in Westmoreland. The former Cornwall College head boy and University of the West Indies, Mona, graduate says one of his main reasons for returning to Jamaica was to pass on hand surgery skills to others.

"We have three million people and six million hands; wherever there is a working hand there is a need for hand specialisation; however, there is no one here that specialises in hands only," Aird told The Sunday Gleaner.

At the Carnegie Centre, the doctor who did his residency at Howard University Hospital in Washington, DC, fixes all problems related to the hands and wrist, including and not limited to reattaching amputated fingers by use of microsurgery.

Aird's expertise in the field has been endorsed by renowned attorney-at-law, Peter Champagnie, who almost had his hand severed by his pit bull in 2014.

Replaying the incident, Champagnie, who is a lover of animals, said his pit bull and bull mastiff got into a fight and while he was trying to pull them apart he was attacked. "The pit bull hung on to my left hand, severely damaging it." After receiving treatment at a hospital locally, Champagnie said a week later he noticed he was getting a claw hand.

"So I sought medical opinion and was told it seemed the nerve was damaged; however, there was no one in Jamaica who could help me, as what was required was not available here."

The attorney went to Tampa, Florida, and saw Aird, and was overawed.

"Dr Aird was spectacular, his bedside manners was beyond my expectation, from one professional to another. So confident was his work, and it is now one year, and my hand is perfect."

Champagnie said the Jam-aican doctor, who is celebrated in his field, went beyond call of professionalism.

"I lift my hands up to him, pun intended. I am really grateful."

Aird wants to replicate the successes he had overseas in Jamaica, and he wants to help patients at the Cornwall Regional Hospital and young doctors interested in the field. He is currently in talks with the chief medical officer at the hospital, Dr Delroy Fray.

"Persons with acute and chronic problems will be treated at the centre," he stated, underscoring the possibility of someone being at work using a machine when a hand gets caught in it. "Or simply being cut in the kitchen by a knife."

He said the chronic illnesses to be treated at the centre would be cases such as carpal tunnel syndrome, which is very popular among persons who are constantly typing on their computers, in addition to degenerative diseases such as arthritis of the hands and wrists.

According to Aird, advancement in medicine and surgery allows him to be able to fix a number of arthritic-type problems.

Pointing out that his big breakthrough was at the historic Cornwall College, Aird said when he attended, a third of the students in his class went into medicine.

According to Aird, in those days Cornwall College had the first physics laboratory in the Caribbean, and also the first chemistry lab, since 1928.

"That is one of the main reasons I have come back to give back, because of what Cornwall College has done for me. I am bringing First World best practices to this country which continues to develop in a field that I was told I had to pursue by my parents."

His father was a carpenter, mother a housewife, when he was born, "and the decision was taken that I would become the doctor in the family", he said.

Aird says other Jamaican hand surgeons plan to offer services at his new offices, and one of the world's best, Dr Wayne Fung, who is based in Alberta, Canada is interested in coming here.