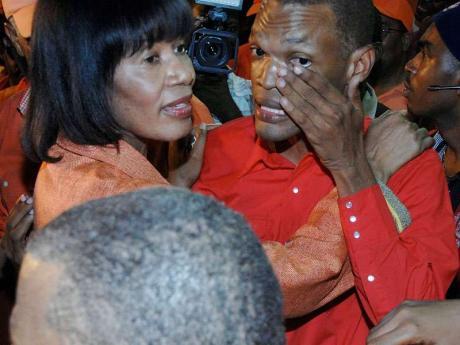 Pryce, who was inserted in the St Elizabeth seat at the 11th hour in 2011, was being challenged by Evon Redman, a former chairman of the constituency for the right to be the candidate.

Raymond Pryce will not go forward as a prospective candidate for the People's National Party (PNP) in North East St Elizabeth.

The first time MP, who is also deputy general secretary of the party, was Monday night told by the executive of the party that his application to represent the PNP has not been accepted.

He has been told to issue a media statement to say he no longer has interest in the seat.

The PNP secretariat has since issued a statement on behalf of Pryce.

The statement was dated September 12 - that's one day after a Pryce supporter, former Black River Mayor Daphne Holmes, took the PNP to court and secured an injunction against the holding of a selection exercise in the North East St Elizabeth constituency.

"The court case as well as other factors led to the decision," a party insider said.

The insider said that the party will decide on Wednesday whether Redman will be the candidate or if Black River Mayor Everton Fisher will be asked to lead and unify the constituency.

Pryce, who was inserted in the St Elizabeth seat at the 11th hour in 2011, was being challenged by Evon Redman, a former chairman of the constituency for the right to be the candidate. SEE STATEMENT ISSUED BY THE PNP ON BEHALF OF PRYCE:

In light of recent developments within the political organization of the Constituency of North Eastern St Elizabeth and the serious implications that have arisen, I have decided to withdraw my name from the selection process.

I will therefore not be available to stand as a candidate for the People's National Party when the next General Elections are called.

I remain a loyal member of the People's National Party and subscribe to its principles and ideals.

I thank the people of NE St Elizabeth for their support and will continue my strident representation on their behalf and in their interest until a new Representative is elected.