The man is the leader- Patricia Phillpotts 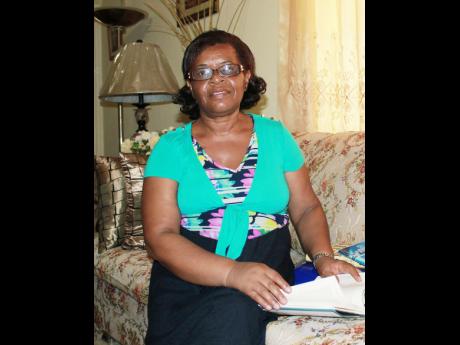 Patricia Phillpotts is an upbeat and congenial lady who has served for many years on the council board of the New Testament Church of God in Oracabessa, St Mary, where she has lived all her life.

Additionally, Phillpotts, 61, works as an assistant for the church's missions department, but has no desire to elevate to a more lofty position, and believes it is unbecoming of a woman to aspire to be a member of the clerical hierarchy.

She told Family and Religion: "I say more power to the ladies who are good and powerful leaders, but it is God's intention that man is the head because the scripture (1 Corinthians 11:3) declares "... the head of every man is Christ; and the head of the woman is the man."

"God made Adam first, but when He saw Adam was lonely, He made a woman to be the comfort or helpmate for man. Nowhere does the scripture tell us that a woman should usurp authority over a man.

"I am satisfied with women in good leadership positions, but not holding the highest positions such as bishop. It is happening, but I'm not strongly supportive."

St Mary is home to hundreds of churches of varying denominations, but Phillpotts believes that while the parish has an abundance of religious people, finding individuals with an unwavering commitment to Christ can be challenging.

"God saw Abraham's faithfulness and the scripture (Romans 4:3) declares that: 'Abraham believed God, and it was counted unto him for righteousness.'

"Today, there are so many different beliefs and faiths, but to where do they lead? People are religious because they believe in God, but they are not practising the commands that God has given.

"People tend to justify themselves and do what they want because they are seeking another way to get answers pertaining to religion. But there is no way other than Christ because the scripture (Acts 4:12) declares that 'Neither is there salvation in any other: for there is none other name under heaven given among men, whereby we must be saved.'

Looking ahead, Phillpotts is confident that despite the increasing prevalence of secularism and atheism in Jamaican society, Christianity will remain popular survive as people continue to search for spiritual enlightenment.

She said: "I would most definitely encourage people to seek a friend before they really need one, and the best friend to have is Jesus. To people who have already come to know this friend, I say continue to be steadfast and unmovable; always abounding in the work of the Lord, because their labour will not be in vain. There is a reward at the end of the journey, as long as we remain faithful.

"For those who are procrastinating, I say it is high time that you wake up, because now our salvation is nearer than when we first began."