Boy with rare disease gets help 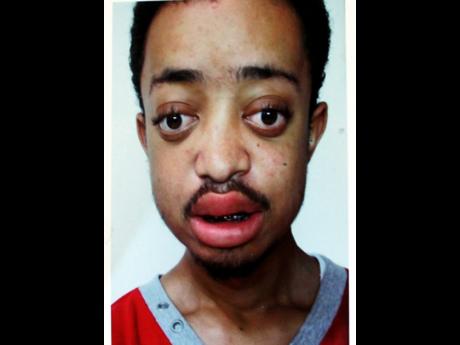 Contributed
Roger Braham following his third and final operation he endured as part of corrective surgery in August 2015.

A Florida-based charity that donated more than $140,000 to help a loving mother pay for her son's expensive surgical operation has praised Family and Religion for publishing a story that raised awareness about the teenager's plight.

The story, which was published in May, revealed how unemployed mother Janet Bocan, from Jackson, St Mary, struggled to raise $324,000 to pay for the corrective surgery her son, Roger Braham, required.

However, earlier this week, the president of the local chapter of the United Friends of Highgate (UFH) charity, Reverend Seymour Hutchinson, confirmed that Braham had successfully completed his final operation, and most of his medical bills had been settled.

He told Family and Religion: "Thanks to the appeal that was published in The Gleaner, we received $30,000 from someone who saw the story and contacted us directly. We've also collected a further US$280 from the Florida chapter of our organisation since Braham's most recent surgery."

Bocan, who has spent almost two decades traversing the island in an attempt to treat her son's disorder, said: "Things have gone really well since the story came out in The Gleaner. Roger did his surgery on the 17 August, and I have brought him back to Kingston for a check-up.

"He has a wire in his mouth, which we are waiting for them to pull out. It was supposed to come out today, but the doctors told us it's not ready yet, so we have to come back in two weeks' time.

"They told me that Roger's fees would be reduced if I could show them he was on the Programme of Advancement through Health and Education, so I brought them the information, and that should make things a little cheaper.

"Roger is OK and the whole thing is almost finished, which makes me feel very good. To be honest, everything has worked out really well, and I'm very grateful to the UFH because they were the people who really helped to get things going."

Hutchinson noted the UFH would continue to monitor Braham as part of the not-for-profit agency's mandate to improve the health, economic, educational and social welfare status of the people of Highgate and its environs.

He said: "Roger is a son of Highgate because that's where he goes to school. We are trying to make the lives of the people within our community much better, and that's why we saw it fit to help this young man and his family.

"This is just one example of what we do because we also give things like medical equipment and wheelchairs to the local infirmary, hospitals and health centres."