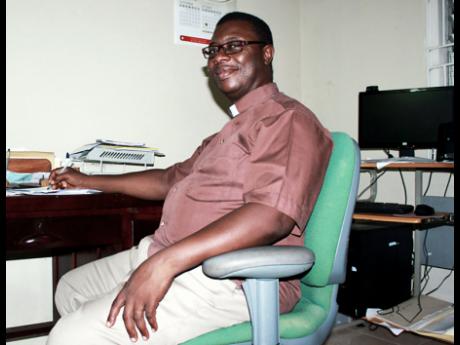 St Matthew's Anglican Church in Boscobel, St Mary, was founded 115 years ago this month. Reverend Prince Taylor-Younge has been the rector at St Matthew's and four other local churches for the past two years and believes the church has been able to maintain its standing for such a long period of time through the preservation of well-established links with the local community.

He told Family and Religion: "St Matthew's has contributed to the development of the community in Boscobel in many ways, such as always being outspoken and helping the poor. We have a soup kitchen and partner with organisations like Food For The Poor to bring relief to people in the area.

"We also have basic and primary schools attached to the church. They have growing populations, especially the primary school where our principal, Mrs [Perleta] Trail, is doing an excellent job.

"One hundred and fifteen years is a milestone, so we have an anniversary magazine coming out that highlights what we have been doing. I think we've done a fantastic job over the years, and that's why we continue to survive."

To observe the special anniversary, the church and its members have produced an exciting schedule comprising eight days of celebratory events, which started on Sunday.

The Sierra Leonean preacher, who relocated to Jamaica with his wife and son nine years ago, explained: "On Saturday 26th September, we are having an awards dinner in Oracabessa where we will be giving out awards and doing citations to certain members of the congregation who have excelled in several areas.

"The final day of events takes place on Saturday 27 September, and that will be the 'Great Thanksgiving Service, which begins at 3 p.m.

"One of our retired bishops, the Rt Rev Harold Daniel, will be the preacher and celebrant at that service, by kind permission of the Lord Bishop, the Rt Rev Howard Gregory, who is bishop of Jamaica and the Cayman Islands."