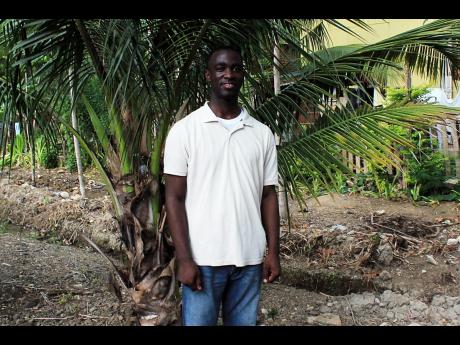 Originally from Plowden, Manchester, in 2011, he relocated to St Mary to work as a high school math teacher, and deems the dearth of revenue-generating prospects in the area as the biggest issue facing his local contemporaries.

Lindsay told Family and Religion: "The biggest challenge for people in my area is a lack of opportunity, especially for young people. The lack of opportunity creates an avenue for them to become idle and, in a sense, seem not to want to do anything. It's not that they don't want to, but sometimes the opportunities just aren't there.

"I think it's important that we seek to minister differently by developing new strategies, such as preaching to our young people through the Internet. We can use technology to reach them because that's what they are familiar with.

"Reach them where they are and take them where God wants them to be. We have to reach young people on their level and let them know there are others, like themselves, facing similar challenges."

He explains: "The younger generation face religious challenges because they seem to be caught up with the things of this life such as gadgets and quick money. The Church seems slow for them, so they perhaps defer to that which seems quicker, but usually end up being negative.

"I'd really like to change the minds of young people in my area to have them know things on the outside aren't usually the answer. They need to have more faith in what they believe and not be led astray by peers and others who think there is a better or faster way. I want them to know hope lies solely in Jesus, and not outside of Him.

"Others would be tempted to think about getting quick money, but that leads to other things, such as ladies selling themselves and boys selling drugs and getting involved in illicit practices."

This month, the Seventh-day Adventist Church (SDA) celebrates 125 years of ministry, and Lindsay, who is a deep and philosophical thinker, believes consistency is the key to the church's longevity.

He said: "The history of the SDA church is an interesting one, which I sometimes link with the preaching of Noah in the Bible. Noah preached for 120 years, and we have 125 years of Adventism. The message has been clear; it is along the line of health, education and redemption.

"That won't change in the future, but we have to use different strategies and technology to engage with our young people so we can get them actively involved.

"If we can get a generation of young people actively involved, there will be no limit to what can happen because the Bible says: "When this gospel of the kingdom is preached to all the world, then the end will come" (Matthew 24:14).