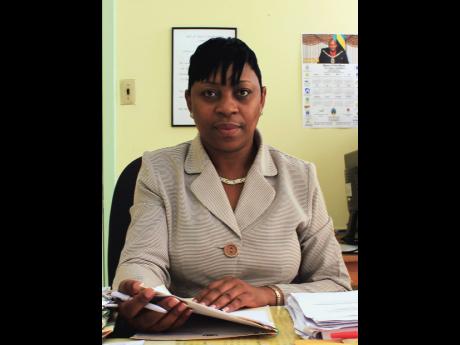 The Police in St Mary are appealing for information to help solve the fatal shooting of a woman who was killed in her home last week, just 13 months after her sister was murdered by gunmen in almost identical circumstances.

According to police reports, last Thursday, at about 5:40 p.m., Onelyn Murphy-Taylor, 58, was inside her home in Albion Mountain, near Port Maria, when she was attacked by two gunmen.

St Mary, Superintendent Stephanie Lindsay, told The Gleaner: "Murphy-Taylor was at home when two men reportedly came in with guns, which they pointed at her. She managed to run a little, but was overpowered and eventually killed by a number of shots.

"We are trying to find out who committed this brutal act, which is like dÈj‡ vu for the family because exactly a year ago, her sister, who was a teacher, was killed in another location in the parish in a similar fashion."

In September 2014, Murphy-Taylor's 52-year-old sister, Gina Murphy-Barrett, was held up while entering her home in Galina and received multiple gunshot wounds, which proved to be fatal.

The murder of the popular Oracabessa High School guidance counsellor remains unsolved, and now police are investigating whether the two killings are in any way connected.

Lindsay said: "We're trying to ascertain if there is any link between the cases and are appealing to members of the public who may have any information.

"Based on her profile, we can't see where she was involved in any criminal lifestyle, and based on our initial investigation, there is no one in her family involved in criminal activity.

"As we progress with the investigation, and with the help we get from citizens, we want to find out if there is anybody that [Murphy-Taylor] would have complained to about being threatened or in conflict with anybody.

the arrest of the person responsible for this particular crime because it's almost a year since something very similar happened."