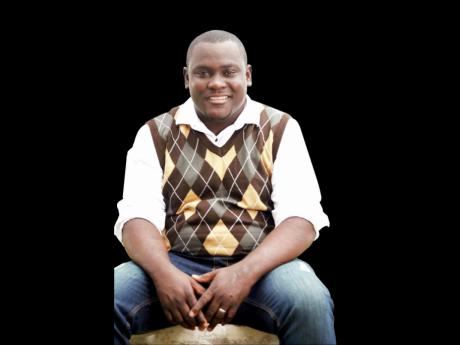 Contributed
CONTRIBUTED Joseph Millwood, from the bottom of the valley to Christendom.

Family and Religion on September 19, began sharing the story of Joseph Emmanuel Millwood, a man who has weathered many storms, trials and downfalls.

Today, we hear how the story ends.

Millwood, on his search for comfort and peace of mind, had been exploring many options, his latest, marijuana.

"By then, I was living on my own and was linking up with some friends who had Rastafarian roots. Through various conversations and by their influences, I eventually decided to go the Rasta route," Millwood said.

He revealed that he locked his hair, stopped eating meat and salt and started to "bun fire on all oppressors".

"During this time, I started to record music as Black Manjit, singing songs like Selassie I Will Never Fail I, and Rasta Oppressions," said Millwood.

He continued: "I studied the theology of Rastafarianism from the Marcus Garvey prophecy to Ras Tafari's crowning, Leonard P. Howell and the Backayawd Movement, the Twelve Tribes and contemporary Rastafarianism."

However, Millwood said the deeper he got into the culture, the harder his life became.

"Though I got a good job at the University of the West Indies and was enrolled in a good degree programme, I wasn't happy. I lost over 100 pounds, lost the respect of my family, most of my friends and my community," he shared.

The turning point came for Millwood in 2008, when he took time off from work and went to United States.

According to him: "I got a week vacation, but decided I wanted three months because Rasta rule the world. Again, I began feeling lost and the struggles became more [difficult]. The deeper I got, the more my struggles intensified. I received word from my job that they were going to dismiss me from my position and degree because of bad performance in school and work ethics."

Millwood recalls sitting on the streets of New York when a voice, he said belonged to Jesus, spoke to him.

"He said, 'Yout, how yu reach so far down here? Good, good boy weh yuh madda grow with good values now all a profess Selassie I as the Christ?' The Lord continued to talk to me along the same lines for a while and He showed me all that I had lost," Millwood said.

This was when he decided to "challenge Jesus telling Him that He should prove that He is King".

"I went back to Jamaica, and surprisingly, everything worked out with my job and studies. I started to hide and talk to Jesus because I realised that prayer worked. I would link up with friends and jump up when they called on Selassie I, but would secretly ask God for forgiveness later," confessed Millwood, adding that after much struggle and fear of what friends would say, he later cut his locks.

In his transition, Millwood got married.

He told Family and Religion: "Because I thought of the wedding as miraculous, we went to church the following Sunday to give thanks. I left early to smoke my weed. This continued to happen until I began feeling guilty. One Sunday, I went to the altar for prayer and they asked if anyone wanted to get saved and I raised my hand."

Millwood revealed that the conversion wasn't easy, but after a few weeks, he was finally able to stop smoking and fully commit.

Today, Millwood professes to be a happily married Christian husband and father of four beautiful girls. He's also pursuing music in the gospel industry, releasing songs of testimony and praise.