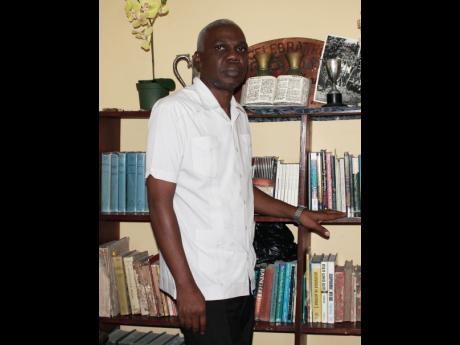 Although the pastor for the Port Maria Circuit of Baptist Churches, the Reverend Oral Campbell, insists that, generally, there are very few religious problems affecting the citizens of St Mary. He is concerned about one particular issue.

According to Campbell, who has served across the island and in Turks and Caicos after becoming a minister in 1987, Jamaican churches and their members must reconsider and re-evaluate the concept of what it means to be Christian.

He told Family and Religion: "From the little surveys I've done on the road, the only major issue I think we face is that some people believe the Church requires a certain lifestyle that would demand them to change too much of their lives.

"Recently, I've been saying to my congregation that we should really concentrate on what the Church is called to do, and that is presenting the Gospel. The Church is really intended for the gathering of people of faith. The idea that people must live a certain lifestyle for them to be part of the church community; we need to change that.

"If we are inviting people to be part of our faith and what we believe, we should let them express faith in Christ, first and foremost. After a person has done that, to build their faith, they are encouraged to find a church community.

"But to attract new members, what many churches have been doing is packaging everything together and presenting people with the idea that to put their faith and trust in God, they have to join this church, and that's where the turn-off has been."

Campbell believes that if the Church is to remain relevant in the 21st Century, a more relaxed approach to recruitment must be adopted.

He explained: "Part of the problem is that many church people believe that inviting someone to put their faith in Christ is synonymous with church membership, but it's not. And I think that's where the Church has had it wrong for the past century or so.

"If people get the impression that for them to be Christians, they have to live a particular way, but don't see themselves in that way at that moment in their life, they are going to stay away."

In a bid to address the socioeconomic issues facing some of the local area's most disenfranchised residents, Campbell's church hosts an annual health fair, and has forged partnerships with financial advisers and organisations such as Food for the Poor and the National Land Agency.

Although Campbell enjoys serving his community, he also acknowledges the workload is often unmanageable. He said: "I really wish I could find more dedicated leaders and members of the church to assist with the workload. Part of the problem is that we have inherited a legacy where the church is pastor-centred.

"We're coming out of an era where maybe 50 or 60 years ago, the pastor was the only educated person in the community and church, and, therefore, everyone looked to him. Even though the landscape has changed, the role and perception of the pastor has not, so he is still expected to do everything."