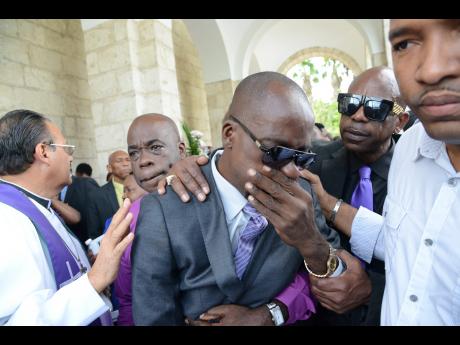 Rudolph Brown photo
Jordan 'J Capri' Phillips' father could not hold back the tears at his daughter's funeral today. 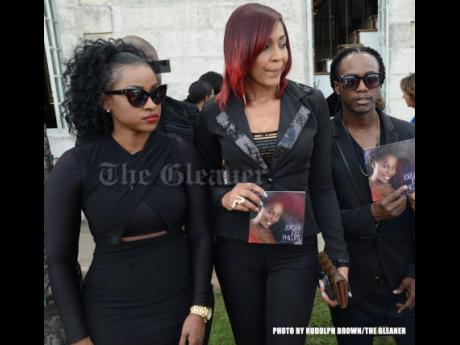 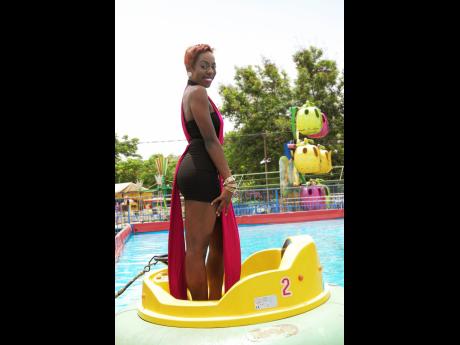 File Photo
J Capri was 23-years-old and would have celebrated her 24th birthday on December 24.
1
2
3

Scores of Jamaicans flocked to The University Chapel of the West Indies this morning for the funeral service for dancehall artiste Jordan Joel Phillips, popularly known as J Capri.

Though patrons were asked to wear cheerful colours, the dress code conflicted with the mood of the day as people mourned the death of the singer many referred to as one of dancehall’s most promising.

Even as the casket stood at the front of the Church, many stared in disbelief as they still had not come to terms with the singer’s death.

As the tributes poured in, one after the other, tears flowed freely down the faces of her loved ones as they reminisced on the moments they shared with her.

As they did at her wake on Saturday night in St Thomas, members of the entertainment industry showed up in droves to support one of their own who they say did not get the chance to fully live up to her potential.

Christopher Martin, Cherine Anderson, Romaine Virgo and Alaine Haughton were among the many who showed their respects in song.

Their tributes stirred up emotions among family and friends that could only be expressed through tears and heavy sighs.

Throughout the service, J Capri was remembered as one who was determined to follow her dreams. She was also remembered for her infectious smile and her love for life and living.

J Capri died on December 4 after being in a medically induced coma following a car accident on November 23.

Her death came as a shock to the entertainment fraternity as it was reported that following the blood drive and a successful surgery, the singer was expected to make a full recovery.

J Capri was 23-years-old and would have celebrated her 24th birthday on December 24.