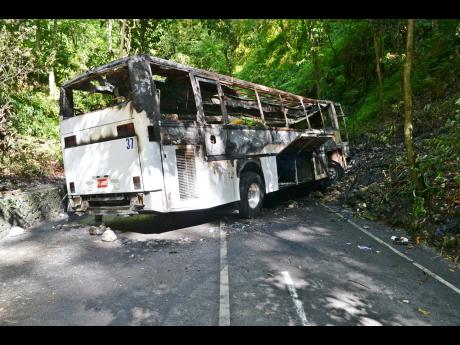 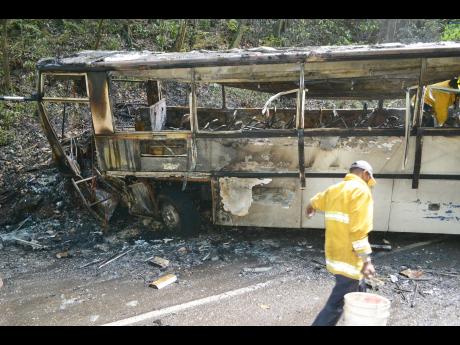 Several teachers of Eltham High School in St Catherine were injured today when the bus they were travelling in crashed and caught fire in Fern Gully, Ocho Rios.

Dr Roosevelt Crooks of Lifeline Medical Response said his team transported at least 30 people from the scene of the accident to the St Ann’s Bay hospital.

There was no report of serious injuries.

District officer at the Ocho Rios fire station, Evette Scarlett, told The Gleaner that they received a call at 11:25 a.m. that a vehicle had overturned in Fern Gully and responded immediately.

One teacher, Tameika Pitt, told reporters that while the bus was travelling (downhill) through Fern Gully, the driver became unresponsive resulting in the accident.

The bus hit a stone wall on the left and careened across the road, crashing into the embankment.

Pitt said when she and others exited the bus, they noticed fire coming from the front section.

The fire later engulfed the bus.

The teachers were on a trip to a resort in Montego Bay when the accident occurred.

Fern Gully has been closed for the day as a result of the accident.