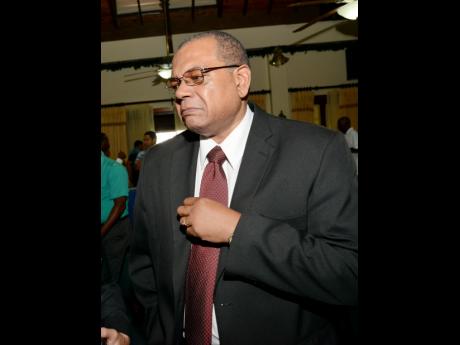 Executive Director of the National Council on Drug Abuse (NCDA), Michael Tucker, is concerned that efforts to increase drug prevention programmes, particularly in schools, are being hampered by resource shortages.

"Resources are limited, guidance counsellors and teachers are overworked and mainly punitive measures are meted out to students who are found in possession/use of substances," he said in an email response to The Gleaner.

The NCDA has developed peer-led, parenting and community interventions which seek to stem the use of drugs among students.

The NCDA, which is an agency of the Ministry of Health, says these interventions are important given that drug-using peer groups and exposure at home are strong predictors of drug use, as well as other environmental risk factors such as access and availability.

The NCDA boss has, however, lamented the fact that the agency only operates with 14 field officers serving schools and communities islandwide.

According to Tucker, "Ideally, drug-prevention policies should exist in all schools, particularly at the secondary level. Though the Health and Family Life Education Programme covers drug use as a module, increased efforts are required to effectively prevent youth from engaging in drug use."

Tucker believes that drug prevention programmes that are interactive, peer-led, monitored and evaluated and sustained, should be part of every school's priority but admits that this currently does not exist.

Data from a 2014 NCDA focus group indicates that the average age for drug use initiation is eight years old for alcohol and 10 years old for marijuana.

The limited impact of current prevention programmes was also highlighted in the focus group data. Most students interviewed said they paid more attention to personal experience and observation rather than the messages provided by the NCDA and the media.

Teenagers getting high on ‘Lean’ - NCDA seeing more cases of students using new dangerous drug
Driving under the influence - Smoking ganja could be a major factor in road accidents, fatalities