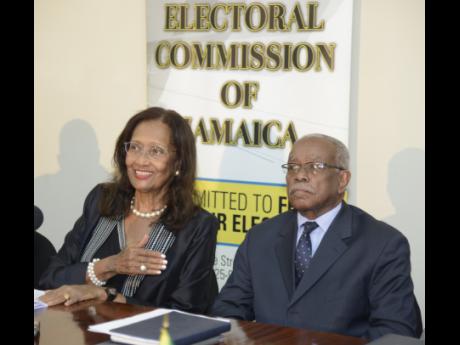 The Electoral Commission of Jamaica (ECJ) says it's taking serious steps to ensure that no dual citizen is elected to sit in the House of Representatives when the February 25 elections are held.

At a press conference held this morning to discuss election day preparedness, Justice Carl Harrison, a member of the ECJ, said for the first time, candidates will be required to sign a citizenship declaration form.

He says the form will state that the candidates do not hold dual citizenship and could face criminal charges if they fail to declare the truth.

Justice Harrison says  the form will be included in the nomination papers that each candidate will sign on Nomination Day, February 9.

He also says the measure became necessary because of past dual citizenship challenges.

The issue of dual citizenship came to the fore during the 2007 general election.

The then Opposition People's National Party challenged the legitimacy of several Jamaica Labour Party members of Parliament on the grounds that they were citizens of non-Commonwealth states.

There were also challenges from the JLP of PNP candidates.

By-elections in the affected seats cost taxpayers more than $100 million.