Police: 5,144 tickets issued for speeding in first three months of 2016 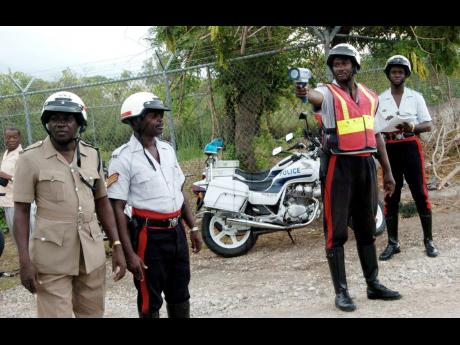 File Photo
THe JCF says its Traffic and Highway Patrol Division, issued 5,144 tickets for the period January 1 to March 31 for excessive speeding.

The Jamaica Constabulary Force (JCF) says its Traffic and Highway Patrol Division, issued 5,144 tickets for the period January 1 to March 31 for excessive speeding.

The data comes as the authorities grapple with a six percent increase in the number of deaths linked to road crashes since the start of the year.

Speeding has been linked to many of the crashes.

The JCF says the over 5,000 speeding tickets are among the 102,468 that were issued over the first three months of the year.

Over the same period, 289 people were arrested for breaches of the Road Traffic Act while over 2,000 vehicles were seized.

The JCF says searches were carried out on 302,361 people.

A total of 648 offensive weapons were confiscated, including four illegal firearms and 22 assorted rounds of ammunition.

There have been 111 road fatalities since the start of the year compared with 105 for the similar period last year.

Motorcyclists registered the highest  number of fatalities of all the categories of road users with 38.

Head of the Traffic and Highway Patrol Division Senior Superintendent Calvin Allen has encouraged motorists to ensure they obey the laws.

He stressed that violators will face the full extent of the law.